I got to the Holm of Trials, didn't even need Basculegion. I got an Alpha Crogunk for Pessel, she didn't react.

Staff member
Moderator
Been training up an Alpha team and finally got the chance to name them.

They're doing well so far.

I let them all out of their balls today and it was a hoot, seeing them all talking and interacting. Gengar is definitely the clown of the group.

Along the way, I finally caught Enamorous with a copious amount of smoke balls, stealth spray and Ultra Balls. I now have all 241 Pokemon except Arceus, but this boss fight is very difficult. I have to look up the best way to dodge so the god of Pokemon himself doesn't defeat me again.

I really hope using Pokemon home for the last three Pokemon isn't "cheating" I just never got a Magnemite to appear in space time distortions and was tired of blacking out in them. Same goes for Shieldon. I never got one to spawn, so I just gave up on waiting and transferred one in. Spiritomb is also too tedious, hence why I just tossed one in from Pokemon Home. 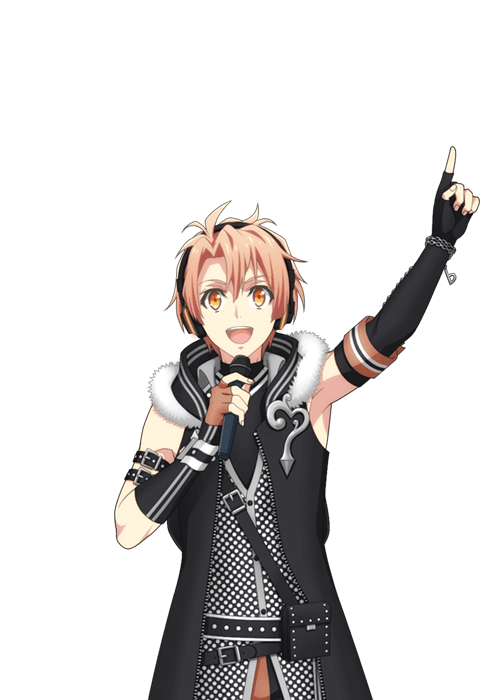 I just now reached the Full Star Rank and I played on and off since the release day, completed the Pokedex and caught Arceus within the two week from the release but getting that last Star was a pain. I'm happy I was able to finally do it tho

Palamon said:
I really hope using Pokemon home for the last three Pokemon isn't "cheating" I just never got a Magnemite to appear in space time distortions and was tired of blacking out in them. Same goes for Shieldon. I never got one to spawn, so I just gave up on waiting and transferred one in. Spiritomb is also too tedious, hence why I just tossed one in from Pokemon Home.
Click to expand...

I did that for a lot of pokemon including Munchlax Cherrim Spiritomb (Many Wisps weren't showing up even with extensive guides) and a few others
Physically owned Pokemon Games: Omega Ruby, Sun and Moon Special Demo, and Pokemon Sword.
Pokemon Games played on Emulator: Red, Yellow, Silver Ruby, Emerald, Diamond, Platinum, White, White 2.

So I'm finally close to catching all the pokemon in the game. I'm at 202 Pokémon with one Noble left to take down.

I kinda wan to catch all the 'mons before I go up against Avalugg.

I only have one pokemon left to obtain from the first 224, Spiritomb.

Since all the rest are basically given to you, this one will be quite a trial. I only have 21 wisps left to find, and they're all in either Coronet or Alabaster.


EDIT: I finally caught the first 224 pokemon! I can't wait to reach Arceus and kick his a** for not sending me home.

UPDATE: I finally reached Arceus, and this battle is a major pain in the asphalt. I should've expected it would be this difficult.

UPDATE UPDATE: I beat Arceus! Took about 50 tries, but once I figured out the pattern it got pretty easy. I like that the Arceus you receive isn't the actual Arceus, but a fragment of it. I've never liked the idea of being able to catch divine pokemon, so this is better.
Last edited: Jul 7, 2022

TheWanderingMist said:
Got a Finneon mass outbreak in Arceus yesterday which I needed since I had no clue where they were
Got to the outbreak and there was a Shiny Lumineon
So now the only Lumineon registered in my Pokedex is shiny
Click to expand...

Chasing after the Forces of Nature finally. I beat the game's main story the week of release and realized I haven't completed the Dex and gotten Arceus yet so I recently hopped back into my playthrough. I caught Cherubi and evolved it into Cherrim because I was missing those two.

Finally got Munchlax in a massive mass outbreak, decided to go on a catching frenzy once I found them, barely allowed any of them a moment to relax. I've been trying to avoid the massive mass outbreaks, saving my berries up for when I really need them. But, on the plus side, I got five Grit Pebbles from the excess Pokemon. Gardevoir is almost all trained up.

I recently went back to this game. I only got up to the part with Kleavor and you had to battle the guy with the Goomy. I did run into a shiny Geodude however. He killed me.

Interesting seeing the various comments I wonder if the Home "cheating" is why it took so long to become compatible?

I started a new playthrough of Legends: Arceus yesterday, after a while not touching it, mainly because I want to eventually get Arceus and add it to my Home Dex, even though I know the road to it will be (and so far has been) a long and frustrating one.
I'm currently eight hours in, up to the Cobalt Coastlands, and my team consists of Dewott, Staraptor, Luxray, Petilil and a newly caught Hisui Growlithe. I've caught 51 Pokemon and have 15 fully registered in the Pokedex: Oshawott, Dewott, Bidoof, Starly, Staravia, Shinx, Luxio, Wurmple, Buizel, Ponyta, Burmy, Paras, Geodude, Psyduck and Carnivine.
I was going to focus on catching rather than fully registering, but I realised that Pokemon Home's Dex entries for Legends: Arceus need you to fill in research tasks to complete it. I don't know yet if I really want to bother with that.
Last edited: Sep 11, 2022
C

I took some time out to play BDSP and have come back to Arceus and it's like night and day for overall gameplay. SW/SH I haven't touched in eight months now, since I bought Legends Arceus.

First hour of game play resulted in a Shiny Zorua and a Shiny male Hisuian Sneasel - frankly epic return to catching. Going to try and finish all of the missions ASAP ahead of S/V's release.
P

Finally got to the rift endgame part of the story. I chose Dialga first, and right now, Palkia is in a rage.
S

Anyone else getting a bunch of shinies (yay) but majority of the same pokemon lol.

Keep getting shiny shinx + evo line - not to complain i guess but would like to get other shiny pokemon. Havent even got a perfect score for that pokemon but still it just seems to appear in overwolrd and in outbreaks

Traveled all the way throughout the region to the snow area just to catch a Snorunt, but it was worth it.

I named her Shabah'jalid, which literally means "ghost/ice" in Arabic.

Finally got Arceus and basically finished the game! 135 hours total. I’ve still got some side quests like the Sea’s legend one but that’s about it

Overall this game had great gameplay but that carried it. I loved the battle system, catching mechanics and qol changes. Open world was a mixed bag for me, I enjoyed it but it feels relatively barren imo. Stuff like story, visuals, etc fell flat for me. I liked the lore additions but it wasn’t expanded that much. The overall game feels rushed to me, they have great foundations but couldn’t properly flesh it out here. I enjoyed it but it could’ve been better imo

Having recently finished a Scarlet playthrough and after giving it a lot of thought, I decided to try my hand at Legends: Arceus again, and after a week of playing I've got pretty far, a lot further than I was expecting. I've done four of the five Nobles and am preparing to face Avalugg next, but I want to do that side quest where you can get Alola Vulpix first. My focus has been on filling out Pokedex entries so they'll appear in my Pokemon Home Dex, and so far I've filled out 87 entries. Other than the guaranteed Ponyta, so far I've only encountered one Shiny in my playthrough, a female Snorunt, so I also want to track down enough satchels to get a Dawn Stone so I can evolve her into Froslass.

I finished the game today. It is a good concept, but I wish I had known about the boss battle system. For me, a person affected by a disability that impacts the function of one hand, this game was unfortunately, a trap. I most likely won't play this again.
Friend Code: 1951- 3863 - 0798
You must log in or register to reply here.
Share:
Facebook Twitter Reddit Pinterest Tumblr WhatsApp Email Share Link
Top