Palletshipping is alive and well in 2021 and that’s the most important takeaway from this episode.

On a serious note though, this was a fun episode. I forgot how much I missed Gary’s “Saaatoshi-kun” until he actually spoke; he brings a very fun presence to the show and I’m already liking his dynamic and future rivalry (?) with Go. Gary being all smug and rude towards him was funny; funnier still that Ash didn’t really care. Seeing him reunite with Ash after all these years was really great to watch. The continuity was also really great; both flashbacks (Paul!) and Gary remembering Infernape made me smile so wide. Ash seeing his Pokémon again was also pretty cute, especially Muk and Infernape just mauling him lmao.

The one thing I didn’t like was Infernape not really doing anything. There was a clear focus on him wanting to get stronger by fighting Moltres and then....Gary just does all the heavy lifting? Which is fine to an extent, since we haven’t seen him in so long. But stealing Infernape’s shine also kind of annoyed me. Whatever.

All in all this episode did a good job of delivering on the nostalgia front while setting up interesting plotlines for the future. Project Mew was introduced pretty nicely here and I’m excited to see how this rivalry of sorts between Go and Gary develops, if it even does.

...tsk tsk Goh couldnt protect himself? Pikachu and Electavire had to intervene...

Loved Gary picking on Go though

One thing i dont get. How is Gary Goh's Rival in a long term sense? Both of them are joining the Project Mew, which seems like a team thats going to capture Mew. I mean j really liked how they played off in this episode but i cant quite see them being "Rivals" to each other when they plan working on the same team with the same goal. And if one of them gets mew is it going to be shared custody? So so many questions!

AuraChannelerChris said:
Um, that has always been the case before.
Click to expand...

Prior to this episode, it was never confirmed that they were allowed to leave the lab on their own, we could only assume that.

Rune Knight said:
Prior to this episode, it was never confirmed that they were allowed to leave the lab on their own, we could only assume that.
Click to expand...

I mean, who was gonna stop them. The old man?

Rune Knight said:
Prior to this episode, it was never confirmed that they were allowed to leave the lab on their own, we could only assume that.
Click to expand...

Oh, I meant in the context that the lab's backyard isn't really specified. I mean, how much land does Oak own?

~ When you know you could've gotten a Sitrus Berry instead. ~
Youtube Channel - Pokémon Brilliant Diamond
The Bond of Aura - Chapter 17: A Christmas
~ As December arrives, Lucario experiences the thrills of the most joyous of times, though not without its share of personal growth... ~
​
D

lolipiece said:
I mean, who was gonna stop them. The old man?
Click to expand...

Thats what bulbasaur is for.

It was really nice seeing Tracey get a mention, like I mentioned before the reason he doesn't get an appearance is because his Seiyuu is affilitated with Youkai (He Voices Whisper) so they either have to give him a mention or a Voiceless role, the former of which they did in BW and here.
DAIJOUBU, DAIJOUBU!
U

You can't find one LOL
D

UnovaMaster said:
You can't find one LOL
Click to expand...

Haha at this point even Chloe is written better than Goh.

Let me get this straight. he starts of as a rookie, but By the DD arc he is supposed to equal Ash? He does not want help, but has no problem in capturing a Golurk, that he has not done anything to obtain. Then states that he does not want Ash's help, only for Ash to battle alongside him again in the Zapdos episode. He realises he needs to get stronger. But then proceeds to do literally zero training until they reach a place, where Ash wants to train?! (talking about Wilkstrom). He then gets awarded a suicune for same things Ash has done for over 20 years.He has no problem with Alolan Squad and Ash being so close, or Iris, or Korrina, but then feels bad when he sees Ash and Gary? ( I am not talking about the Project Mew part). one of his character trait's seems to be being closed off, but then with most COTDs he has no issues like that. You would think he would be more distant towards strangers. His character traits are pretty much on and off when the writers choose them to be.

Look at how Lillie, or Dawn or even Iris or Serena for that matter were explored. They also had Personality traits, and they were explored quite well.

Zweilous said:
I like when they highlight the difference in skill between Ash and Go; Go is much more analytical and strategic, but he isn't as physically adept or confident.
Click to expand...

Zweilous said:
Go has improved a lot since he began, but he's not amazing. Even in today's episode, he didn't shine in battle, and the other two trainers saved him. Also, unrelated, but I think Alain was handled well for a rival. And he deserved the Kalos victory way more than Ash.
Click to expand...

See what bothers me in this episode with goh is that up until this point he’s been shown to be able to keep up with ash without any problems.

The kid already beat down a zapdos by himself, and stood on even ground with ash againts mewtwo and eternatus but now the other two has to step in and not give him a shot? He also hasn’t shown any trouble in keeping up with ash in their travels, which has included going to mountains, desserts, and an island filled with wilderness, but now can’t even seem to keep up just walking with them?

Him being the ‘newbie’ feels inconsistent with his fast improvement till now. Considering that said fast improvements was one of the complaints about his character, I think it’s something that should’ve been done since the beginning at a constant pace, instead of having it only suddenly being a point now.
Last edited: May 29, 2021

Zweilous said:
Actually, Go does have some strategic skill, as well. The most obvious example on-hand would be the eating contest episode, which showed him forming multiple strategies to get ahead in the contest. He has analyzed his Pokemon's natural abilities and made strategies around them. His strategies aren't strictly battle-related, and they're less impressive than Ash's battle strategies, but he knows how to analyze and apply things.
Click to expand... 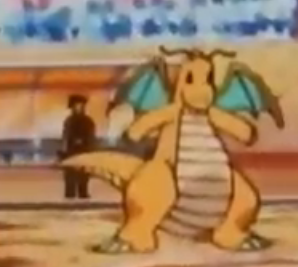 Then the Plusle & Minum episode happens.

Decidueye23 said:
Haha at this point even Chloe is written better than Goh.

Look at how Lillie, or Dawn or even Iris or Serena for that matter were explored. They also had Personality traits, and they were explored quite well.
Click to expand... 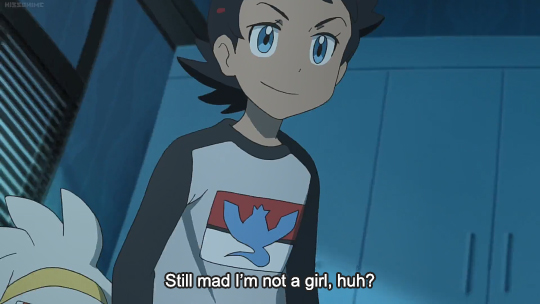 Soniman said:
Human beings have more than one personality trait who would've guessed
Click to expand...

Maybe, but when those several personas clash with each other, and at times outright contradict one's primary established character, then it's a problem.

Nothing objectively good about said scenario.

Kazuniya said:
>character depicts more than one personality trait
>oh no he's all over the place, so inconsistent

Holy ****. You people have been among other human beings, right? We display multiple characteristics in different situations. Goh can act arrogant, and he can be awkward too in some cases, what is wrong with that?
Click to expand...

Imagine green texting and trying to be condescending. Read above (or even @Dynamic_Fusion's post earlier) carefully and make note of the mention of the terms 'consistency' and 'contradictory'. There's no consistency in the said character, he's whatever the writers need him to be.
Last edited: May 29, 2021
Journeys Reviews & Focus Chart
JN090 is the final review.
A

nuzamaki90 said:
Hey now, Moltres has always been portrayed greatly in the anime. It’s gotten the most episodes out of all of them, and honestly I think it’s the writers’ favorite.

I wish it actually would’ve lost against Infernape but Pikachu once again proving Legendaries grovel at its feet, is always satisfying

While his skills were great, Blastoise once again lost to a Fire-type while Infernape was still standing lol
Click to expand...

I think the episode would’ve been a lot better if they had Infernape intercept that Burn up and activate Blaze to put up an even fight against Moltress.

Goh reveals that he has repeatedly failed to catch Pidgeotto (and probably other Pokémon) offscreen. His method has always been less fullproof than people imply, and this is just further evidence. From a meta perspective the show runners are avoiding giving him anything outside of small-first-stage Pokémon at the moment, with a few exceptions.


Jiffunk said:
Gary is the epiphany of every Goh hater and I loved it
Click to expand...

? Gary is not only a great character on his own, but his rivalry will push Goh to even bigger and better things.

Horrible episode. It sucked in how this episode tried to do so much in so little time. For example, how Ash never introduced his new Pokemon to the old Pokemon. How quick and insignificant the Infernape scene was. 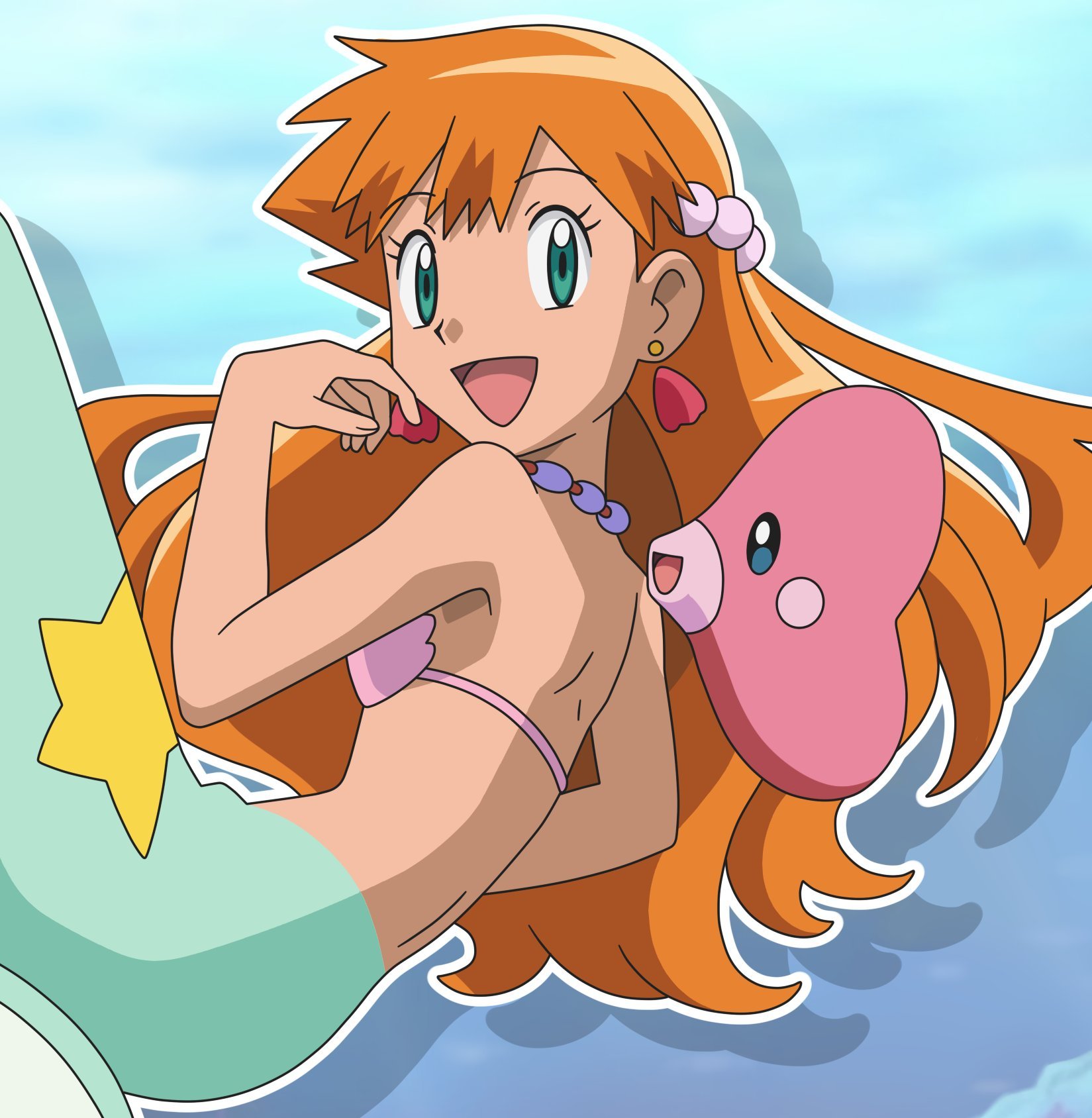