If there's a crossover you should be doing, it's with Digimon, dammit... 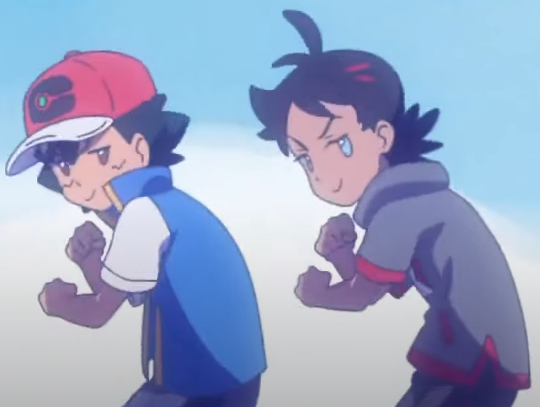 Hell yes, from this day on it will be my most favorite Pokemon spinn-off game EVER...Samurai warriors + pokemon thats just epic x__x

Do you guys think that Coro Coro's announcement is just going to be more details on this game, or they will announce a completely different game?
M

This was extremely unexpected and it looks very epic. Too bad it looks like a japan exclusive game.

mario_fan said:
This was extremely unexpected and it looks very epic. Too bad it looks like a japan exclusive game.
Click to expand...

What makes you think that? If they're smart it'll see a worldwide release. Wow I would have never guessed that...


Kyogre Master said:
What makes you think that? If they're smart it'll see a worldwide release.
Click to expand...

Mostly because the series it is crossed with was never released outside of Japan, IIRC.

Whoah, this game looks awesome! It better come out in the U.S.!
Gijinka. NickTheNoodle. Sakdoodle. Other Accounts. They were mine.​
P

foxyman1167 said:
This also means that the big announcement in next month's CoroCoro has been leaked?
Click to expand...

Im wondering the same thing. I guess we'll have to wait to know for sure if this was there announcement, but Im pretty sure it is.
A

Well, what a pleasant surprise.

For people concerned if this may be Japan Exclusive or not, we might be seeing another Panel de Pon / Puzzle League situation. In an attempt to get the game a better reception outside of Japan they pair it with a franchise that international gamers are familiar with. What better tool at their disposal then Pokemon? If Pokemon Dash taught them anything its that people would buy even an abymsal game if Pikachu was on the cover. Not saying that this game is going to be terrible but you get the idea.

In addition to Panel de Pon the Mystery Dungeon series was also an adaption of a series mainly found in Japan before Pokemon made it over.


And looks epic. I love crossovers, this will be awesome if I knew about Nobunaga.
Q

I haveth Claimed the Almighty Rhyperior ;464;

They've had to smoke A LOT of weed to think this up.

Hell, I'd prefer Grey. This game is totally irrelevant to my interests.

And don't expect this to be released in US. Nobunaga no Yabou is a Japan-only series.

Maxim said:
This game is totally irrelevant to my interests.
Click to expand...

Perhaps. However, could you explain why something being totally irrelevant to your interests is equated with it being a bad idea?
​

Did I say that this is a bad idea?

Why are you so aggressive against me? I'm not preventing you from liking that thing. So, don't prevent me from disliking it.

Also, the game is totally canon-irrelevant. I think I'll just pretend that it doesn't exist, or that it isn't a Pokemon game.
I don't come here as often as I used to, do I?

Maxim said:
Did I say that this is a bad idea?
Click to expand...


Maxim said:
They've had to smoke A LOT of weed to think this up.
Click to expand...

Maxim said:
So, don't prevent me from disliking it.
Click to expand...

My hope would be to loosen your view some, to the point that you eventually realize the truth, that spinoff and side titles are not only not the evils you paint them as, but fully essential to keeping the franchise healthy and moving.


Maxim said:
I think I'll just pretend that it doesn't exist, or that it isn't a Pokemon game.
Click to expand...

Why would any rational person do this? Pretending something doesn't exist is what children do - putting their hands to their ears and shouting LA LA LA I CAN'T HEAR YOU. And it has Pokémon in it - that would dictate rather unarguably that it is in fact a Pokémon game, would it not?

It's simply amazing that every time the topic of a new game is raised, even when no logic would suggest it's a new core title, you not only paint the picture of "core title or I start whining", but fulfill that particular prophecy with vehemence on the sole basis that it isn't a core title. No discussion of the merits, or even lack thereof, of the game itself, just complete and total disposal of the idea. Does any of that sound rational, sane, logical or intelligent to you?
​

I'm not saying that the game is literally "bad" idea. I think it's just very, very random.

Also, I don't have any thing against spinoffs. I liked Ranger series, I liked GameCube RPG series and I loved literally ALL spinoffs from first two Generations. So, it's not that I am making some crusade against spinoffs. I'm just not to keen on the concept of this particular game. Which seems very random to me and kind of forced.

Also, we're waiting for a core title TOO FREAKIN' LONG. So, isn't it logical that I want a core title? I'm sure that I'm not the only one.
I don't come here as often as I used to, do I?

Maxim said:
I'm not saying that the game is literally "bad" idea. I think it's just very, very random.
Click to expand...

I won't disagree with that at all. It is a pretty random combination. That doesn't mean we can't give it the benefit of the doubt, though. Pokémon-related games in which you crawl through randomly-generated dungeons or capture Pokémon by drawing circles around them probably seemed pretty random at one time.

That's simply not true. The last pair of core titles are just over a year old in Japan and are not yet even a year old internationally, and history would indicate the next core title to follow after a period of about two years, which would put it at fall of 2012.

Knowing this as I'm sure you do, can you really say we've been " waiting for a core title TOO FREAKIN' LONG"?
​

I don't know why everyone wants a core title every year. Most gens last 3-4 years, do people really want to buy the same game 4 times each gen?