Pffffft, someone's impatient~ But! Eruditeshipping wins 10-2 and I'm so damned pleased I'll give you what you want even if it wasn't scheduled to be next.

Wisdom. Not into either, but hey. Lambda = win...even if the only girls I like him with are Kasumi and Kotone.

uh, Wisdomshipping cause Lambda is funny. And Athena is hot.
It's all that's left.​
Y

ps guys, claiming it right now: if there's a red haired villain and a blue haired villain of opposite genders in 5th gen, they're GeuseTheThirdshipping, thanks.
the only stars there really are were shining in your eyes
there is no sun except the one that never shone on other guys 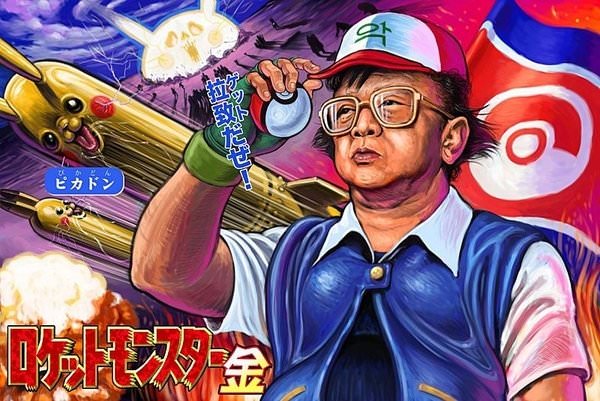 May as well vote for something decent. clonegeuse for sure ;107;
S

VICTORY IS NEEDED
A

All right. No. Look, I'll let this slide just this once. If a flood of people who pop in to vote for one ship and disappear forever happens like this again, I'm implementing a rule I've been tossing around in my head for a while. You seriously all know better than to go ask people to vote for ships by now (or tell them about it knowing they'll pop in, vote, and disappear; same diff). I've expressed my disapproval of this for years now; it's not anything new. I'm quite disappointed. =/

...Unless you all surprise me and become regulars. At this point, I'd be thoroughly shocked and pleased to be proven wrong.

Why the hell not.
Y

well i went back and looked over the thread and most of those users have voted before, they just only vote for a certain type of ship. there's plenty of infrequent voters.
i know most of them would love to vote more, but sppf's warp factor 69/0 servers just go so dang fast it's convenient for them to do so when they don't feel strongly.
(if the forums didn't lag so impossibly bad you'd see them more)

CLONEGEUSE AGAIN R O C K THE SPUD ON MY RONI
your daughter mars is so proud of you as she lies on cyrus' desk trapped beneath his girth......
o3o

geusethethird: it's coming.
the only stars there really are were shining in your eyes
there is no sun except the one that never shone on other guys

Yeti said:
well i went back and looked over the thread and most of those users have voted before, they just only vote for a certain type of ship. there's plenty of infrequent voters.
Click to expand...

Well there's a difference between infrequent voters who come every now and then just to vote for a round they're somewhat interested in. And then there's this. Big obvious difference. When a voter obviously feels that her ship CANNOT LOSE, and she goes and gets every possible RANDOM member who could care less about shipping in general just to vote for that ship. That's when there's a problem.

I mean, your ship doesn't even win fairly, so it's basically not even winning. But I guess if you like to win things these ways, I don't have the authority to stop you.

I know for a fact that Skiks hates shipping and apparently stays as far away as possible from it. Why is he here?

anyways, hahaha. Even though every ship you choose is going to win because you can't bear your ship possibly losing to a 'less superior' ship. I do vote for Wisdomshipping again. :3

And js, it's not because it's YOU. If anybody was doing this, I'd tell them too.
It's all that's left.​
T

So I'm sitting here, seriously considering disqualifying Clonegeuse. I can only ask people to play fair so many times before I'm wasting my breath. Instead, I'm removing all of the votes from the five "Beginning Trainers" (who I will not be counting in any round for the rest of HGSS; Yeti, Skiks, Spire, and Ellie are fine) and letting the round continue with those counts. This isn't fair; it's not going to happen. I've let it in the past and I'm putting my foot down this time. Any complaining and I'm disqualifying it. We will not have drama in this thread and I don't want to see this happen again. If they really want to vote, they can get in here more often.

Who are these people? I've never seen them in this thread in all my life.

I'm on the fence (what else is new). Plus for some reason I want Lambda to be with Thorton more...but I guess Athena will work for now with my raging wants.

The Renowned Obscurity said:
I prefer Petrel with Lance anyway.
Click to expand...