Speed is the Ticket! (An RU RMT)

Speed is the Ticket! (A RU RMT)

This team is heavily based upon priority and out-speeding the opponent. It is was a team i just threw together for a RU tournament and it has made RU one of my favorite tiers. It is very physically based, so some Physical walls are hard to break through, but CBEntei is helping some. On to the team.

I always loved Accelgor. It's speed is amazing and with an LO attached, it should be able to deal decent amounts of damage. And yawn is always fun.

Absol was added in an attempt to punish Special walls such as Clefaible and Cryagonal. STAB Sucker Punch is cool too.

Entei was added because I like Entei and it helped against Tangrowth and helped break down walls. CB Flare Blitz hits like a truck. ExtremeSpeed was very handy too.

Rotom-C was added in an attempt to help with Alomola stupid fish and your stupid spelling, but doesn't really. Also it is the second part of my F/W/G core.

Kabutops was added to finish off my F/W/G core and provide Rapid Spin. It has also shown me how it can easily be a fearsome sweeper with the aid of its ability, Weak Armour.

Aerodactyl was added mainly for SR and the awe inspiring Sky Attack. It surprises a lot of people and gives me SR support. It allows me to OHKO Amoogus without it switching out most of the time and is Aerodactyl's strongest move.

Accelgor was the basis of the team and has been.. well, I'm not sure. It is not the speedy semi-powerhouse I wanted, but it hasn't really disappointed me yet. It mainly just fills the roll of bluffing the Spikes set. Hidden Power [Rock] is mainly for Entei and Moltres, as Cryogonal takes about the same from Bug Buzz. Bug isn't the best offensive typing, but it works. Bug Buzz is the main move as it is STAB and hits pretty hard. Yawn is awesome and can force switches or can allow Kabutops to come in and attempt a sweep if Accelgor dies.

Sadly, Accelgor isn't sweeping many teams and is usually left to revenge killing. With its amazing 145 base speed, it outspeeds all non-scarfed mons and even some scarfed mons. It also has the benefit of outspeeding and OHKOing Adamant RP Aggoron with Focus Blast.

Absol is really nice to have. After getting the boot from NU, the powerhouse has been assaulting the RU metagame with strong Sucker Punches. Night Slash and Super Luck go really well together, not only giving me a nice strong STAB for slower pokemon, but also having a nice 25% crit chance. This allows him to try and take out or weaken Walls before sacking itself. SuperPower isn't really used much, but it hits steel types and Rock types, while also hitting Clefable for SE damage. Megahorn is almost never used as it only hits Tangrowth and doesn't even 2HKO irrc. LO is extend the hurt to all that gets hit by Absol's moves. 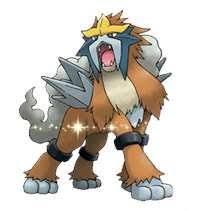 Ah Entei, easily one the most valuable team members. Entei wrecks most switch-ins with STAB CB Flare Blitz and even 2HKO's most Physical walls. ExtremeSpeed is strong Priority that hits most things neutrally. It revenges most frail sweepers and its +2 priority means it also dodges Sucker Punches. Stone Edge is mainly for Moltres and Slowking. Both who like to switch into Entei. Hidden Power [Grass] OHKO's Kabutops most of the time. Which is nice, because if it gets a Weak Armour boost, it is hard to stop.

This thing add much needed Special presence and the ability to Trick Walls. It also attempts to handle Amoloma, but Protect really doesn't let it. I am tempted to run EBelt>Scarf and run TBolt>Trick, but the Scarf allows him to outspeed Moltres and Jolly Aggron. It also provides Momentum with Volt Switch and Hidden Power [Fire] 2HKO's other Rotom-C and hits Grass types. 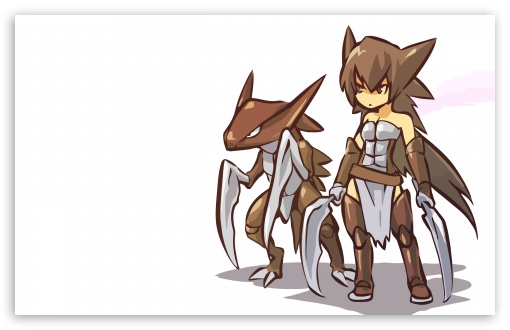 This thing is beautiful. I love its ability. It allows it to come in on weak physical attacks and proceed to outspeed the opponent and KO with some fast Stone Edges. So far, Stone Edge hasn't trolled me too often yet, but I'm waiting. Rapid Spin is to clear hazards that my team doesn't really like. Stealth Rock was added here when Archeops was added. He forces some switches pretty easily, so it is used more than i thought it would have been used. 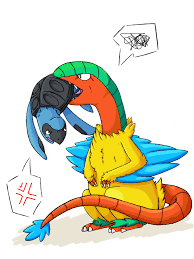 This thing is beautiful. It is fast and hits really hard. It also solves my problem with grass types such as Tangrowth and Amoogus. It hurts and hurts and hurts things. Anything that doesn't resist Acrobatics is crushed and usually OHKO'd or 2HKO'd. Earthquake hits steel types that resist Acro and Stone Edge is nice STAB that doesn't hurt my health. Its accuracy is not so nice, but with with a 140 base attack, the damage it deals is worth it. U-Turn allows Archeops to form a Volt-Turn core with Rotom-C and easily switch out of a bad matchup. 'Ops helps with bulky grass types while not being choiced and was used over Aerodactyl for its power. Aerodactyl was weak and only had a one-chance flying move, which made it hard to do its job sometimes.

So that's the team. It has done really well for being thrown together. It has 23-7 W/L ratio, so it isn't terrible. It has some troubles with the pink fish and Tangrowth and relies on Priority and speed to take things down. It has been a really fun team to play with and has made RU one of my favorite tiers.
Last edited: Apr 16, 2013
Ew​

The One and Only

So um, your team is a bit Fighting weak, outside of Sky Attack ._.
Besides that, I don't have much else to say. I guess it's kind of worrying that none of your pokemon take take more than three hits from just about any pokemon, so I'd recommend someone bulky. Tangrowth looks like it could help quite a bit on the team, covering for Grass, Ground, and Water (which half of your team is weak to). Maybe another Special Attacker who can wall stuff, too (Can't think of any off of the top of my head, I don't do RU too much )
Hope this helps!

This signature has been brought to you by Mochi10, thanks a bunch c:​
C

class on my back

After looking through this team, I realize nothing can actually take a hit. Accelgor is crushed by pretty much any physical move, Entei by TR Slowking, Rotom-C by the same TR Slowking, Kabu by Tangrowth, and Aerodactly by TR Slowking, again. Overall, you are really weak to TR teams, and they are becoming so much more common in RU due to the existence of Uxie, Dusknoir, Slowking, etc. So, I suggest Lanturn > Absol because you already have Kabu to deal with it, and Lanturn can annoy the crap out of Slowking.
Lanturn@Leftovers
EVS: 252 HP; 248 Def; 8 SpD
Nature: Bold
Trait: Volt Absorb
-Scald
-Volt Switch
-Thunder Wave/Toxic
-Protect

The team mainly relies on restitances and Rotom-C to switch into things. Otherwise, I don't really switch that often anyway. I usually play recklessly and make the opponent over-predict. Besides, Pretty sure Absol can switch in on Psychic from Slowking and OHKO's it with Sucker Punch. I'd have to run a calc though as I don't remember... but I'm willing to try Lanturn.

Aerodactyl can be easily replaced if synergy is too much of an issue. Kabutops can use SR if needed. The loss of his speed will be sad, but with Lanturn's Twave, I guess that is solved somewhat.

I'll try to test out Lanturn some tonight.
Ew​
C

class on my back

Ok, but here's another alternative to go along with you teams advantage.

Maybe this > Absol? It packs a much bigger punch, but you'll have a crippling SR weakness...

I'll try him over Aerdactyl. It saddens me how weak Aero is sometimes. I'll test stuff this weekend and update then with my findings.
Ew​

First thing is megahorn on absol is redundent, just run fire blast to burn ferroseed
I tried aero on an HO style team of mine and he doesnt pull his weight other then rocks, i would suggest switching him for CM siglyph as it helps with your fighting weakness, sharing synergy with absol as he baits in slowking which gives absol a nice switch in chance. I would put rocks on kabutops or switch him for offensive crustle lead
Lastly i would give accelgor choice specs and giga drain> yawn so he can hit harder as a revenger

First thing is megahorn on absol is redundent, just run fire blast to burn ferroseed
I tried aero on an HO style team of mine and he doesnt pull his weight other then rocks, i would suggest switching him for CM siglyph as it helps with your fighting weakness, sharing synergy with absol as he baits in slowking which gives absol a nice switch in chance. I would put rocks on kabutops or switch him for offensive crustle lead
Lastly i would give accelgor choice specs and giga drain> yawn so he can hit harder as a revenger
Click to expand...

I'll test changes and see how each work and which one works best. I'd rather not Choice Accelgor as he relies on coverage to hit things and it eases prediction a little.

I'm updating the OP with Archeops. This thing is pretty cool if it can stay out of defeatist range.