Just a little bit before bed, I continued with my story quest by level grinding, particularly to raise my Flareon and Munchlax. I did so mainly on the first part of Route 11, where I caught a Shiny Raticate!
I got my Flareon up to level 37 before taking on the electric trial. Flareon took things down singlehandedly courtesy of it's Z-move and Lava Plume. After finishing Trial 5, I immediately continued going on with the story and have recently cleared Trial 6 as well. Now it's time to get that poor little girl's yungoos back from Team Skull.

got golem from npc in pokecenter

So, Sun and Moon finally came out in the UK today and I'm so happy to finally get the chance to play them.

I downloaded the game from the eShop at midnight and I started the game knowing exactly who I was going to pick. I picked the female character, obviously since I'm a girl myself, and I picked Litten as my starter before battling Hau and defeating him.

After getting some PokeBalls from Professor Kukui, I caught several different Pokemon, such as Pikipek, Ledyba, Caterpie, and Yungoos before saving and then I went to bed.

As of rigt now, I'm still debating on what Pokemon I want to use on my team. 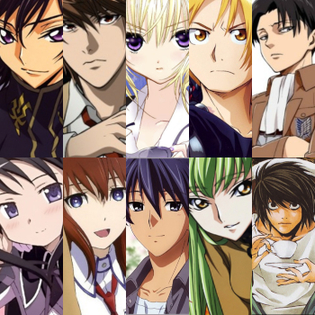 I caught a phantump at Memorial hill. After that I battled the trainers there including the skull admin. Then I battled Olivia which wasn't to bad. Hana managed to be awesome after refreshing her she hung on with 1 hp while battling her lycanroc =) next I'm going to explore the Akala outskirts. Current team
Jonathan the brionne lv 26
Kuwagata the chargabug lv 27
Iwanu the lycanroc lv 25
Hana the fomantis lv 27
Sandoku the salandit lv 25
Pokemon fan girl since 1999 =D ;026;;026;Raichu is #1 Forever!!!;026;;026;

I finished Sun and am now waiting for the guide book to come out on Friday so I can go back and find all the Pokemon I missed while doing my blind play through of Sun. Then I can start Shiny hunting in them. I started the Looker side plot and obtained UB-01. Then battled that Fairy Trial Captain again(forget her name), and caught UB-02 x2. After some time, Looker and Nanu told us the truth about our friend, and I went to find and capture UB-05 but not before battling Nanu and Dexio first. I caught UB-05 and wrapped up that side plot before going to catch Necrozma.
I then finally ventured to the Battle Tree and beat Blue(Chose him cause I don't like Red..... at all. Thanks to fanboys and the fact that I know you can't fight Blue aside from Multi Battles in the actual Battle Tree)
Fanfic Corner:
Pokemon Excalibur - Ash's Galar adventure
Electric Blossom - Bloombolt centric reboot
S

Currently 75% through my pokedex with Melemele island at 87% completion and Poni at 85%. Will tackle Akala and Ula'Ula after i finish these two.
Shiny Count (From Gen 3 - 7)

Finally started my adventure yesterday!
I didn't go too far in the plot and right now I'm exploring Hau'oli.
My team, as of now, is the following:

Went through the opening stuff with Lillie end ended up receiving Quilliver the Jolly Rowlet.

Proceeded to use him for most of the first Island, fending off Team Skull, fighting Hau at the festival and fighting Ilima (which took three tries... Ended up winning by using Potions and the Casteliacone/Lumiose Galette I had to heal burns). That is until I got Butterscotch the Timid Cutiefly (note that I'm not trying for natures, just happened to be lucky with these guys I guess).

Trained her up a bit and took on the first trial. Totem Gumshoos wasn't really a problem, and neither was Hala - might've been a bit over levelled though. Got on over to Akala Island, having customised my Trainer in both islands so it now actually looks like me. Now I'm ready to take on the next set of trials after whatever's going on at the hotel.

(Levels might be a bit off, since this is from memory, but they're around that)
Who cares about cookies? Come to the Light Side, we have CUPCAKES!

Got moon yesterday, have been playing for 7 hours on and off, started with rowlett who is now dartrix,caught grow lithe, pikipek and crabrawler, who ko the totem raticate, was I surprised! I thought this should be easy,got to akala island..smug wiped right of my mug going up against that wishiwashi totem, wiped out almost my entire team except grow lithe who hung on with 3hp and was quicker with bite,now I gotta get to grinding,battle dome hooooooo!

Staff member
Today, I went back to Melemele Island for a little while. I caught a few Pokemon, including Oricorio and Petilil in the Melemele Meadow. I also explored a few areas with the Lapras paddle, such as Kala'e Bay and the Melemele Sea.

After that, I returned to Akala Island and made my way over to the Ruins of Life, where I battled Kahuna Olivia. I mostly relied on my Grimer to defeat her Nosepass. Then, I tried my Dartrix against Boldore to see if its Grass attacks could compensate for its Rock weakness, but that didn't go so well. Instead, my Dugtrio was the one who took down Boldore and Lycanroc to win the battle.

Once that was done, I went to the Aether Paradise for a while. Then, I finally made it to Malie City on Ula'ula Island. I battled Hau again and defeated him thanks to my Dartrix, Toucannon, and Dugtrio, then went to the Pokemon Center.
>> //

Finally arrived in Alola yesterday. Already met Kukui and explored some of the island. Saved a Cosmog from a flock of Spearow and met the Kahuna. He gave me my starter: Rowlett. Caught a Grubbin right before the Tapu Koko festival and defeated Hau. Got my Pokédex afterwards, and went to the city where I attended the Trainer School. After I completed that, I went to the city and bought some clothes and got a new haircut. Then I ran into a couple of Team Skull grunts, and defeated them with ease with Ilima who I defeated afterwards. It was a bit difficult, but I managed. Ge told me about the trials, and I accepted. Went to the Pokémon Center to heal up my Pokémon and called it a day.
Team:
Rowlett (lvl 12)
Grubbin (lvl 11)
Current Status Sarefan: Champion
"A champion is someone who gets up when he can't.
Never confuse a single defeat with a final defeat..." -- Sarefan
J

Evolved Salandit, Jangmo-o, and Wimpod to their final evolutions so i could breed them for my moon team. Took me 13 eggs to get a female Salandit but also got one on the 16th. As for sun, finally made it to the battle tree and caught a Dratini, Golduck, and Bewear on the way.

I caught my final team member, a Mimikyu, and headed down Routes 15-17 to get to the town where Team Skull was lurking. After battling some grunts I arrived at Guzma's house I think and beat him once again. After the victory I returned to the Aether House and discovered Lillie and Cosmog weren't there. Gladion and I headed to the port to go after her but I was stopped by the third kahuna and his Grand Trial. Honestly that Persian was annoying because Dark Pulse flinched my Pokemon EVERY SINGLE TIME!!!! It doesn't even have Serene Grace! I still won though so off we went to the Aether Foundation. After battling lots of Aether employees and Faba twice I arrived outside and took a break.

So, not usually a fly by my pants sorta girl,but took on the third trial..if I hadn't managed to revive crabrawler I would've lost but did it, got firium z, gave to grow lithe, got charizardite ride,flew adk to first island, grabbed like 70 adrenaline orbs,flew to melemele sea and tried for the rarest Pokemon mareanie, well good fortune smiled and after one call for help from corsola..bam..mareanie! Got it! Horrayy! I love it!
On my way back to heahea city on akala island,gotta grind now on route 5-7,then try to take on mallow...
Team so far
Dartrix 25
Growlithe 22
Trumbeak 23
Crabrawler 23
Mareanie 17.
S

I just caught a random shiny female Salandit after completing the Fire type island challenge! I'm so stoked, I've only had the game since it was released in the UK yesterday! Started Sun yesterday. Playing with a change of style and trying to catch everything I can to help complete my Living Dex.l, as opposed to breezing through and being done with the main plot in about 10 hours (though a speed run of SM would probably be 15/20).

Started with Litten, caught a bunch of Pokémon on MeleMele and have enjoyed this game plenty more from the offset as opposed to any other main series entry! Finding a Pichu was a real pain, but accidentally finding a Crabrawler soon made up for that. Breezed through the trials (just completed Lana's), with the only trainer giving me problems being a Lv 15 Carbink by the ranch which slaughtered my team. Heck, I only made it through the next time around with Munchlax's Metronome being utilised as Frenzy Plant. That loss to the woman with the Carbink was my first in-game (outside of Battle Facilities) loss since Ghetsis back in BW (2010)! Also, weirdly, was having major problems with Lana's Totem due to my Pichu not evolving (going to use the TM method now), and then, with my final Pokemon - Torracat - it decided to use Soak and any advantage it had was soon gone!

Aiming to at least be on the next island by the end of today! Really enjoyed everything this far - music, dialogue, et al - and my slowed pace is genuinely giving me the most enjoyment, so far, of any main series entry to date!
Pokéballing since 2001
You must log in or register to reply here.
Share:
Facebook Twitter Reddit Pinterest Tumblr WhatsApp Email Share Link
Top