Well When I got it I thought of this,
I Don't really like any of the starters evolutions..
So Whichever I picked, I'd keep it as it's starter form for aslong as possible.
I picked Cyndaquil,because I wan't Bellsprout to be my Grass Pokemon,and Slowpoke to be my water( and also Psychic )
My Bird Pokemon would be Hoothoot.
And the rest would play out.
So here's how I stand.
I have My Cyndaquil,Noctowl,Bellsprout(Who I'm Also deciding to evolve much later)
Togetic( I waited awhile for him to evolve ) and Slowpoke.
My Last Spot was Mareep, Who I evolved recently into Flaafy,which I really Like,BUT,
When I recieved the Spearow that I had to deliver..Well let's say I kept it,Because it was so strong and Evolved very fast into Fearow.
I'm Looking to catch a Pinsir at the Bug catching contest to be on my team somehow,Since I already have a Scyther on the way in My Fire Red
And I've never had A Pinsir.
R

I'm also starting to build a secondary team. It's currently consisted of:

So far I have:
Quilava
Noctowl
Flaaffy
Quagsire
Heracross
Click this text to check out my Spriting Thread​

Coloured and made by... Me XD
Coments wecome...

70% of the Serebii population uses ultra powerful legendaries (also known as ubers) in their teams.
If you are one of the 30% that thinks outside the box and doesn't use ubers, copy and paste
this into your signature! (Started by SapphireL)
K

I don't hesitate in holding on my Pokemon evolutions if I find the previous form is better... Hahaha
http://i50.*******.com/2uhlqu9.jpg
Pokemon are the Heart and Soul of every trainer.​
M

my current team:
Typlosion
Scizor (31 att ivs!)
Shiny lapras
Shiny Garchomp(30 speed ivs!)
Dragonite
and still looking for the last one..
URGENT
NEED HELP TO TRANSFER POKEMON TO MY B/W VERSION
pm me if u can help out.

Need lvl 50-100 Legit Timid Darkrai(Preferably good IVs in Speed) Will offer any item or most events for it.

I thinl that I will have:

Why is it that this posted twice? Now I just had to edit it to say what I just said. How do you delete your own posts instead of just editing them.
Last edited: May 20, 2010
T

Well, of course nothing is final for me, but I do have a rough idea of at least some of the Pokemon I want to have on my team. I just started my adventure this morning, so as of now I have one Pokemon (who is so awesome! ), but here's who I'm hoping to train:

I have to say though, I am thoroughly impressed with the HeartGold/SoulSilver games. I have HeartGold, and it really takes me back to the good old days of playing my Silver and Crystal Versions.

And, of course, I just happened to get the best starter there is! My Cyndaquil, Berio-kun, is AMAZiNG! :>
~My HeartGold Pokepals~

Training up some more before the Elite Four.

Well I am going to star my HG soon and I have a semi-plan but not really sure about it.

Now I am just looking for something to replace Ampharos with as I don't want to use the same pokemon in both SS and HG!!

Last night I looked up at the stars
Matching each to a reason why I love you
The only reason why I stopped
Was because I ran out of stars to give reasons to.

Here's my team that beat the Elite Four and got all of the badges:

I added Walkabout after I learned that you couldn't get an Ice Beam TM until after the Elite Four unless you play that Voltorb flip game. Outrage worked just fine against dragon types.
My two favorite Pokemon: ;212; ;460;
C

Hello to all who read this post as it is my first...
Anyways I purchased SS on May 3rd and I just defeated my rival upon the exit of Victory Road. This my current team.

Bit under level...I just evolved into Umbreon at 15 and plan to raise it for more team diversity. Replaced Togetic Lv 39.
Last edited: May 28, 2010

I've finished my planning for HG I have decided to go with two HM Slaves so that I can make full use of the pokemon I am choosing,

I'm breeding all but Feraligatr on my SS so I can get Egg moves and decent IVs and natures. I'm not sure if I should EV train them on SS or just wait till I have taken out the 8th gym leader then EV train them like I did on SS...

HG is my restart game, so expect more teams from me, here is another one I have floating around:

I might actually start breeding them as well...
Love and Stars.

Last night I looked up at the stars
Matching each to a reason why I love you
The only reason why I stopped
Was because I ran out of stars to give reasons to. 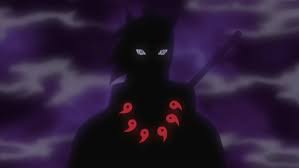 Sorry, double post (don't know how I managed that :S)
Far beyond the silent hole