Dynamic_Fusion said:
unfortunately took the anger out on the wrong person (The Writer of that Episode)
Click to expand...

Fingers crossed for Chloe to do contests
Click to expand...

dman_dustin said:
Can I say, that this episode sucked because again apparently Ash hates his Pokemon

Don't you think maybe they want to visit cool places, Ash? Why are they stuck being at Sakuragi?

Why Ash are you incredibly dense to think you only need to bring Pikachu?

God at least Go has the sense to bring something with him.

I really hate this characterization of Ash.
Click to expand...

Yeah i have also noticed this multiple times in previous series that he has too much bias for pikachu, sure it is his first pokemon but he forgets about his other pokemon sometimes, dawn and may were better in this regard they never show this level of bias toards there first mon piplup or blaiken

TomRC121991 said:
But I can Absol was next to Gengar on the new poster which means Ash gets the Absol!
Click to expand...

You should know that this series likes to troll us. Remember Sobble and the Piplup and Croagunk episode?
A happy family.

It was preeetty obvious this episode was a glorified Goh capture. However, boy, how I DISLIKE the fact it was at first an Ash episode before Goh slowly but surely took over.

Can we all just agree these filler episodes are actually canon episodes, because Ash is strangely competent in PWC episodes where Goh is just as competent. In these fillers, the truth is revealed.

Gloria, stop trying to make me fatter than you!
Youtube Channel - Tales of Vesperia (Unknown)
The Bond of Aura - Chapter 17: A Christmas
~ As December arrives, Lucario experiences the thrills of the most joyous of times, though not without its share of personal growth... ~​
U

that's a about sequel fans, Other types of fans are not that bad.

Really don't understand the anger for Goh catching the Pokemon here. It was evident as to who was going to catch it. What I'm annoyed about is that Ash's other Pokemon don't even exist outside of developmental episodes. They don't have a group relationship. There hasn't even been a episode where all of them group up together and hang out or something. There aren't even any individual relationships between any of Ash's Pokemon.

Really sad, but very telling that this is how the writers decided to treat Ash's group of fanservice mons.
Last edited: Apr 30, 2021

Time might separate us some day. But, even still, until then, let's stay together​

Ignition said:
Even if I don’t find some of these worth getting upset over, I understand why some would. I’m the first person to voice my criticisms with the anime. I am not trying to tell you that you can’t have issues with decisions with the writers nor that people can’t “blame” the writers. I’m saying that wanting to torture them because of said criticisms is frankly disgusting because it implies you care more about this show being how you want it over the lives of human beings. You can’t blame them for that unnecessary reaction
Click to expand...

To be fair I thought the thousands ways of torturing them thing was just a joke.


Anyway moving on, Why did Goh try to capture a Snowrunt that was already with its family????????
DAIJOUBU, DAIJOUBU!
U

Dynamic_Fusion said:
Anyway moving on, Why did Goh try to capture a Snowrunt that was already with its family????????
Click to expand...

I don't know, maybe he didn't realize it was with them?

Dynamic_Fusion said:
To be fair I thought the thousands ways of torturing them thing was just a joke.


Anyway moving on, Why did Goh try to capture a Snowrunt that was already with its family????????
Click to expand...

Cuz he is a bully and ew.

Did someone push you in the ground?

Goh's been a psychopath. Then he is a thief. Then he robs TR. Surprised we didn't get to the point where Goh is torturing the writers....

Edit: And he is a bully too. The list goes on!

Passable episode. Once again, Absol being misunderstood by humans but it kind of worked anyway.

Still, Goh's capture of Absol felt... Uncessary. I'd much rather Goh just pulling an Ash and jumping to save it and then it agrees to be capture. I guess the way they are doing is to highlight how Goh is different than Ash but I dunno, the way they've been doing, we are reaching a point where it'll feel like they are saying all problems within the episode can be solved with a capture. Which is just as bad as solving everything with a TR curbstomp battle followed by them blasting off again. I think they handled fine the idea that Goh put Absol in the pokéball to protect it and he was willing to let it go (no pun intended) rather than keep it, but I dunno, I think they could've used a different setup to reach that conclusion.

Doesn't help that earlier in the episode, Goh was willing to solve everything by capturing the Glalie family. Just as not everything has to be solved with battling or blasting TR off because it's was their fault (and Decade's too), not everything should be solved by catching. I hope they address this at some point, but considering it's a slice of life episode, I don't see it happening.

I mean, as a whole, the episode itself is nice and I get what they were going for, I just wish they did something differently as to not make Goh so one-note that everything surrounding him are about catching. Not even Ash is all about battling. Weird Tomiyasu pulled that off just fine on SM with Ash himself and it's now dropping the ball with who's arguebly his original protagonist character.

Anyway, episode had some Cinderace action so I'm content

Hey, miss, I brought you the cup of fandom tears you had ordered.


RetroPokeFan said:
(yes, even Pikachu since he too hasn't done much for months now other than being just... there much like Ash himself really)
Click to expand...

Yeah, aside the terrible jealousy episode, Pikachu's there mostly to look cute and remember kids to buy his plushies.
Goh Club Member. Are you a Goh fan? Come visit us!

Spider-Phoenix said:
Yeah, aside the terrible jealousy episode, Pikachu's there mostly to look cute and remember kids to buy his plushies.
Click to expand...

The best part of the episode was the guy doing the ice bucket challenge, otherwards it was boring. To the surprise of no one, Goh catches Absol so that it can rot in the lab.
All hail Cramorgod

At this point, like who knows? Maybe Wild Pokemon will come to just straight up steal Go's Pokeballs to get themselves captured. He is the creator's pet, there is no doubt about it. Terrible Character.
DAIJOUBU, DAIJOUBU!
J

Was legit nice to see Hodge again and to learn more about him and his family. I love when the show brings back old characters to further humanize and expand on them as persons, and not always only just for battles or competitions. It's always a nice change of pace. (And now we know where Hodge gets his tough-guy exterior from!)

Happy that Goh now has an Absol!

Great episode, people have wanted more research for the boys and we finally got it.

Missed chance to give Goh a Snorunt.

Goh: What do you want Absol, is little Timm --, is there another disaster coming!?


KenzeyEevee said:
Oh God. I wish thzt did do this with the Galarian starters when they were in their base-form.
Click to expand...

Yet you just said that you hate reused plots? XD
K

Ace-Barn said:
Great episode, people have wanted more research for the boys and we finally got it.

Missed chance to give Goh a Snorunt.

Goh: What do you want Absol, is little Timm --, is there another disaster coming!?


Yet you just said that you hate reused plots? XD
Click to expand...

True but this is so the starters can bond properly.
Love and be loved! Shower the world with kindness

Panky.. said:
Is it really Ash's fault when it's a direct contradiction of how he'd behave, and more of a case of the writer not bothering to write a character and respect their past properly, hence making them OOC?
Click to expand...

This is one of the main complaints I have for this anime is that Ash only seems to have Pikachu around with him for the majority of these episodes. It just feels strange to me that he has literally 5 other Pokemon just sitting around and yet the only one we see for the most part is Pikachu.

ChampioN One said:
At this point, it feels like even Goh is a better trainer than Ash lol.
Click to expand...

Kind of disagree with this one in the manner that catching more Pokemon doesn't automatically make you the better trainer. Though what Gou is better at Ash is that he actually uses the Pokemon he catches instead of letting them rot in a lab like Ash seems to be doing constantly haha.

Either way, I don't see where this outrage in Gou catching Absol is coming from. I mean it's fine to complain, but is it really as big of a deal as people seem to be making it? Ash is already barely using his Pokemon he caught in this series, and to want him to add more seems REALLY unreasonable if he will continue to neglect bringing his other Pokemon with him outside of battles. And with reserves coming it seems like it'll be even more of a problem with him not bringing his Pokemon with him.

So I don't understand why people are always outraged when Gou catches something when Ash doesn't...And then if Ash DOES catch a Pokemon, people constantly make comments/complaints about him not using said Pokemon he caught constantly, making it a never-ending cycle. It just seems kind of funny to me at this point. I for one am actually glad that Ash isn't catching as many Pokemon. 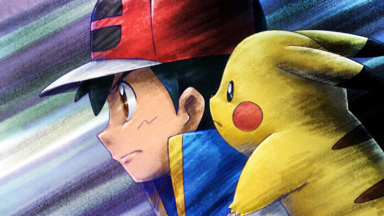 Flypikachu said:
Kind of disagree with this one in the manner that catching more Pokemon doesn't automatically make you the better trainer.
Click to expand...

The thing is, that's not what I meant by 'Better trainer'.

Flypikachu said:
Though what Gou is better at Ash is that he actually uses the Pokemon he catches instead of letting them rot in a lab like Ash seems to be doing constantly haha.
Click to expand...