The Future of the World Championships

charinija said:
In my opinion, the pokemon that should have gotten the mega wasn't Lucario. It was Charizard. His history of ties to Ash is special to anyone. He may even have special ties to Pikachu.

The anime doesn't quite show the homage to Charizard. Ash is supposed to be the strongest pokemon. I think he should come back and be the star of the series.

I always dreamed that the mega-receiving pokemon would be Charizard.

Ash's Charizard had to be the strongest Charizard.
Click to expand...

people are already stingy over the possibility of multiple dragonites and garchomps being used in the masters 8, do we need 3 charizards?

and even if this did happen i'd only want it if Ash got a Charizardite Y to avenge the poor showing the Y form had in the kalos league.

tsunamimijumaru said:
I know what you mean but since you can go around and challenge anyone in the lower classes she probably had a couple of random battles and ranked up to the Ultra Class and got a higher position than Ash because he was right at the bottom when he got there. Since there long gaps between Ash's battles in the ultra class as well Iris could have been scheduled the same amount of battles
Click to expand...

The gap between Ash entering Ultra Class and getting his first scheduled battle was 12 episodes. His own Ultra Class climb was considered super rushed and too fast, with him getting back-to-back high ranked opponents. He won every single battle, didn't forfeit or lose any of them, and barely made it in time for the 'final enrollment match' of the season.

See how Iris ranking up ahead of him, despite being 2 wins behind realistically, is a problem? This is the same scenario as her being bumped up to Unova's Champion without any proper context or explanation. Even if she immediately ranked up and entered Ultra class right after losing to Ash, she'd still be behind in schedule. It's a disrespect both to her character as well as everyone she was skipped past just to have the M8 filled with Champions.
Last edited: May 6, 2022
DO NOT @ PING ME FOR POINTLESS REASONS.

So, Iris being the lowest placed after Ash pretty much confirms her as the weakest champion...

With her already losing in the great class, it does feel like they placed her in the master's 8 just to avoid the backlash of putting all the other champions in and omitting her.

If this was a seeded tournament, not only would Ash face Leon but Alain would face Steven. Both battles make sense. Even Iris vs Cynthia makes sense. It would be nice if the final battle was a surprise and Ash took Leon out early.

Almighty Zard said:
people are already stingy over the possibility of multiple dragonites and garchomps being used in the masters 8, do we need 3 charizards?

and even if this did happen i'd only want it if Ash got a Charizardite Y to avenge the poor showing the Y form had in the kalos league.
Click to expand...

There are so many Charizards in the anime. Charizard has always been the most popular pokemon.

But I think the best and strongest should be Ash's Charizard.
Charinija

nuzamaki90 said:
So I just gotta say, Alain getting the exact same type of Mega Ring and Key Stone armor for Charizard tickles my funny bone
Click to expand...

janejane6178 said:
Hopefully Diantha wont go down so easily...... I dont want her to be treated like a weak trainer.
Click to expand...

Now that you mentioned her, you gave me a good idea for hyping up Alain for his battle with Ash. Alain faces Diantha r1 and Alain reveals that after winning the Kalos league, he didn't partake in the league challenge because he found the PWC more interesting. He then makes a huge statement by 6-0'ing Diantha with just his Mega Charizard X.

Glad to see Alain back and Shirona as the second strongest in the world. I hope Iwane was able to work ahead of the rotation to focus on the Masters 8!
Julie | She/Her | Want to be a girl? Click here! | What's gender dysphoria, you ask? Click here to find out!
A

1) Paul is going to reveal that he was Rank 10 in the PWC and barely missed out on the chance to battle Raihan for entry to the Masters 8. He's going to challenge Ash in a friendly battle and defeat him, which probably hits Ash with the realization that he needs to to take things more seriously.

2) Ash is going to use a new Gimmick every Master Class battle.
My Prediction is (G-Max (Already used against Raihan), Mega Evolution (against Cynthia), Z-Move (Against Alain), and I'm very confident the last is going to be the Ash Greninja form (Against Alain).

Masters 8 lineup is pretty good, most seemed pretty obvious in hindsight. I was still excited seeing the reveal anyways, this has the potential to be a good arc

Iris being there is expected as she’s the regional champion, she hinted to Ash she’d be climbing the ranks real fast and they’d have another battle someday.

Even though a lot of people find her being in the M8 pointless as she already lost to Ash, game lore has her as the champion so it’s not surprising she made it this far and quickly.

Now I don’t think she’ll face Ash but instead Cynthia and lose to her but put up a great fight, Iris in BW was never a bad trainer at all, IMO seemed to have good battle instincts that needed to be tamed and disciplined.

Alain being there is nice but I don’t want to see a Mega Lucario x Mega Charizard battle. It’s so obvious and redundant, let Greninja come back and the stakes of this battle go up way higher for sure.

I’m sure we all want Ash to use reserve Pokémon in the Masters 8 but IMO, but that won’t happen. We’ll probably get a couple of Ash’s absolute best mons join him and his current party for one battle against specific opponents.

The only negative thing I’d say is that.. Couldn’t the producers have put in a couple of game characters that weren't introduced, there are a ton of Elite Four members who didn't get to appear in the show not to mention all the Sinnoh/Hoenn Frontier Brains.
Last edited: Jun 2, 2022

Btw it’s kinda sad to not know who the top 100 trainers in the world are. I would’ve loved to have seen a full list of all the PWC participants just for fun
D

What do you think of the PWC so far, now we are getting in the Master 8?

KenzeyEevee said:
What do you think of the PWC so far, now we are getting in the Master 8?
Click to expand...

I wanted Ash to finally battle Steven but now I feel like Steven’s gonna job to Alain so Ash and him can have their rematch. I’m really hoping it’s not a standard tournament.
D

nuzamaki90 said:
I wanted Ash to finally battle Steven but now I feel like Steven’s gonna job to Alain so Ash and him can have their rematch. I’m really hoping it’s not a standard tournament.
Click to expand...

I fear it is a standard tournament. It would have been so more interesting if Ash had to beat each M8 member, to have the right to battle Leon. But nooo.

People mad about Iris being in the top 8 make me laugh. Sorry, not sorry, our girl is here and there’s really nothing you can do about it. I hope they show her with Hydreigon and Druddigon and a totally strong team even if it means Emolga has to sit out.
Favorite Characters: Ritchie, Misty, May, Jessie, James, Cilan

I want Ash to battle every M8

Each battle is 1v1 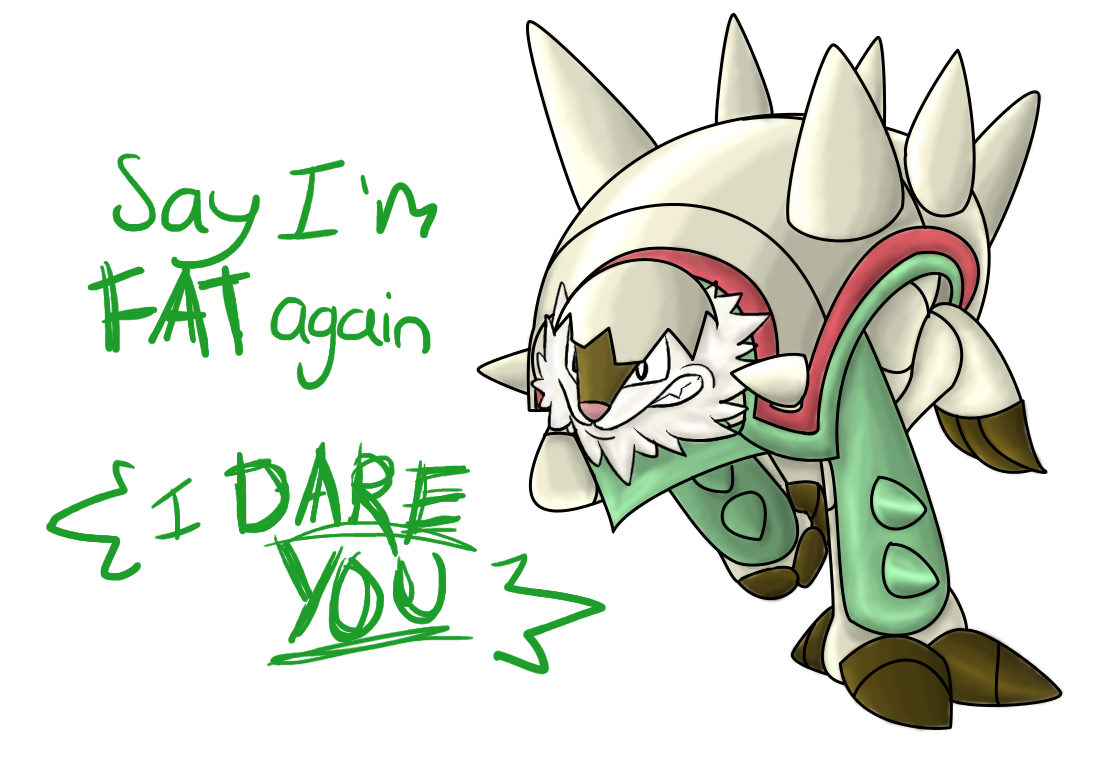 nuzamaki90 said:
I wanted Ash to finally battle Steven but now I feel like Steven’s gonna job to Alain so Ash and him can have their rematch. I’m really hoping it’s not a standard tournament.
Click to expand...

I wouldn't be surprised if they show Alain beating Steven.
S

Well, well, well. Ash has finally reached into the Master Eight. I'm not surprised that Lance, and Cynthia stayed in that position. Wallace's predication of Diantha became true. I'm pleased that Alain made it to the cut. Hopefully that Greninja would come back once more since he got a rivalry with Alain's Charizard. However, I was shocked that a wild child, Iris, made it to that point. Seems like her rival, Georgia, the so-called Dragon Buster have to keep her mouth shut for a while. So much for Paul entering the Master Eight.
Last edited: May 6, 2022
I am here to help others to solve their problem,and I'm also the big fan of Kissshipping. But right now, I'm an Amourshipper.​

Megapixel said:
I wouldn't be surprised if they show Alain beating Steven.
Click to expand...

They have their own unspoken rivalry and given the leaked PASH cover focuses on the two of them, it feels so obvious. The only caveat to a standard tournament is that Ash can’t battle everyone.
D