If you have a question about Pokemon, bring it here!
Really, any questions at all - if you're looking for a quick answer, this is the place. Do not make a thread for a single question.

Examples of the sort of single-question threads we've had in the past that fit under this one:

"What in the world are EVs and IVs and how do they work?"

"Why does Farfetch'd have that leek?"

"How long are Pokemon games kept in production?"

"Is the Bicycle stored in the backpack?"

"What do they eat in the Pokemon world?"

"How does Cubone get the skull it wears?"

"Why don't they make games with multiple save files?"

There was a bit of a lag-induced mix up with the old Pokemon Questions thread and the Closed Thread Container, so here's a fresh start. Sorry for any confusion! We're still trying to cut down on the misplaced/spam/simple question threads this section sees every few hours. If you're wondering something about any aspect of Pokemon, and all you need is an answer, post in this thread. To that end, this thread (as is this whole section) is still not for game-related help questions! Check the General Pokemon Discussion section rules for links to all the proper threads and sections for game help and ideas.
Last edited: Mar 19, 2011
Robin Williams
1951-2014
"What's it gonna be? I don't know. But maybe along the way, you take my hand, tell a few jokes, and have some fun. C'mon, pal. You're not afraid, are ya?"​
F

For Tyrogue into Hitmonlee/Chan/Top, what ability does he have to have for either of theirs?

Sorry i`m a newbie... what is Diglet`s weakness?

For Tyrogue into Hitmonlee/Chan/Top, what ability does he have to have for either of theirs?


goash said:
Sorry i`m a newbie... what is Diglet`s weakness?
Click to expand...

Which level of pokeball is the safari ball and the competition ball from the bug catching contest comparable to? Because they aren't that good.

What country was that rocket in your sig from, Profesco, if an assumtion can be made?

is EVing off sentret

Why can't a Ditto Breed with a Ditto?

And when a shiny ditto transforms does it transform into the shiny version of the pokemon??? 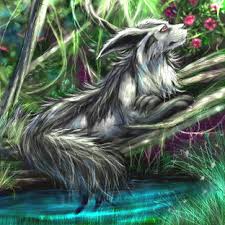 Destiny: No. Not Magikarp.
I

Back in the USSR

Safari Ball has a catch multiplier of 1.5. That's the same as a Great Ball, I believe.

And when a shiny ditto transforms does it transform into the shiny version of the pokemon???
Click to expand...

As we wind on down the road~​
M

is EVing off sentret

Clever indra ;P
but what about the breeding? is that too much for ya

Destiny: No. Not Magikarp.
A

Sport Balls also have a 1.5x catch rate. And yes they do suck.

Ditto cannot breed with Ditto because they are both genderless.

They are able to breed with other genderless pokemon solely because Game Freak lets them to it.
Laurence | Rock
3325-1721-6092
Onix | Shuckle | Nosepass
​
E

They both have a1.5 catch rate and that is the same as a Great ball, However it would have been very easy to catch the rare pokemon in the safari zone with a ultra ball, the Bug catching is easy already.

might yena said:
Clever indra ;P
but what about the breeding? is that too much for ya
Click to expand...

Well my theory is that Ditto's DNA isn't comlet on it's own and need to copy another ones to attack so the same goes for breeding. It might be seen as a little strange because it wouldn't have the abillity to pass down it's genes, but then again Ditto might have the abillity to copy only a part of the mate's DNA so it can mix it with it's own and the have some of it's genes passed down. Like the IV's and Nature, cn be seen as genes Ditto can pass down.

So the theory is about that Ditto isn't complete and needs another pokemon's DNA to breed.

Or you can just go with the "pokemon doesn't make sense" answer.

And also, I've a second question about those pesky Quick Balls. How often does the "speed effect" last? I've heard it only works if you toss the ball on the same turn you meet the Pokemon but then I've also heard it lasts a few turns then weakens after the fourth. Any help is appreciated.
Last edited: Aug 7, 2010

The Quick Ball has a catch rate of 4 on the first turn and 1 on any turn after that.

As for the Pokemate accessory, I did a bit of google searching, and it appears someone made a thread a few months earlier asking about this, and the response given is pretty good as to why it probably wasn't released outside of Japan.
Last edited: Aug 8, 2010

whats so special about the pokewalker?

TyranitarFan said:
whats so special about the pokewalker?
Click to expand...

You can get some Pokemon with special moves, catch Torchics(wild starters), and get rare(ish) items.
;162;
Riki Tiki Tavi​
M

Why did they have to take Ludicolo out of the anime?
"Your memories are connected, like links in a chain. Those same chains are what anchor us all together."
-Naminé

I have officially claimed Riku, wielder of the coolest Keyblade: the Way to the Dawn!
​

*shrugs* Perhaps because it was only there to serve as advertisment for the Third Generation, and, when fourth started, it became...eh....'obsolete'. Just my guess, though. I mean, you may as well ask why Ash doesn't carry Bulbasaur around with him. (I mean no offence, of course.)


Now, I asked this last night on the old Questions Thread, but then my computer died (it does that a lot) so I didn't get to see the answer, so here we go again:

"I know that I could trade between XD and the Third Gen games, if I were to have a Game Boy Player attached to the bottom of the GameCube, but what of the original Colosseum?"


~Nemmeh
Before you try to act superior to someone else on here, remember that no matter how much of an "internet cool-guy" you think you are, this is a Pokemon forum.
F

I axed this in the old Pokemon questions thread, but it wasn't answered.
"What is Bashamo? I find that name on all the old, old speculations from 3rd generation. I think it might have been Blaziken's original Japanese name, but that's Bursayamo, so what is Bashamo?"

Why is it when you hatch an egg from level 1. and you use a rare candy on it, it's stats are sometimes increased by 0 or 2? Since it's never battled, shouldn't all it's stats only get +1?