The "What Have You Written Today?" Thread

Actually set to it and wrote for the platonic contest today! I've only got a few bits left to do and the first draft will be complete! I'm really pleased with myself right now. :>

What are you working on?

Wrote three poems for some writing competions. My novel and two poetry books. Also working on a few fan fics on the go as well.

What, specifically, you wrote today?

Three poems that have been sent off to some poetry competitions.

How many words you wrote today?

At least 300 words I would say. A lot less than yesterday, but still better than nothing.

What you did instead of writing today?

Took my cat to the vet, read a magazine and now getting ready for work.

What you’re Working On?

I started this one fic today that takes place in XY&Z anime before Ash and Co arrive in Lumiose City for the Kalos League and it’s going to be a crazy fic, that’s all I can say. I’m definitely looking forward to posting this when its done.

What, specifically, you wrote today?

How many words you wrote today?

I had this power rangers drabble that I posted today so I finished that.

I started that Pokemon fic I mentiined before and I already have written about six hundred words.

What you did instead of writing today?

Nothing really. It has not been a very nice day today so I pretty stayed inside all day. I watched some episode from the Pokemon anime today and that’s about it.

What you're working on: Startin' up some RP threads for the URPG. Also, the next chapter of Phantom Project is in full swing.

What, specifically, you wrote today: I've got some RPers who want to learn more about Pokemon abilities with me, so I'm sending them on a mission to dig up some silvally memory discs for my NPC who owns a silvally.

How many words you wrote today: 400, right now. Will probably write more after I get some work done.

What you did instead of writing today: This part might be a 'kidding' part, but hey, I'm working instead of writing! Oh, and watching football. That's important, too.
I'll do fic review exchanges. Interested? Hit me up. <3
survival project | phantom project | love and other nightmares | flying in the dark | so close | preparations | seasoned

Nice to see activity in this thread again! I already threw my hat into the ring, but now that the thread's revived I'll throw a second hat in. I guess I'm just reckless with my headwear.

What you're working on: Yuletide fic, Arbitrary Execution, 80 Days, my current original novel. There's a lot of plates to keep spinning, and I've got a bit lax about all of them recently, so hopefully I'll speed up a bit over the next few days as my schedule opens up.

What, specifically, you wrote today: Finished off chapter 11 of Arbitrary Execution; rounded out a scene in the original novel and set things up to continue; discarded the first Yuletide fic idea and gathered scraps of plot together to get a second one in production. Not a lot, by any stretch of the imagination, but like it's the kind of 'not a lot' that sets me up well to do more tomorrow, so that's okay.

How many words you wrote today: About 1500, all told? About a third of which I discarded along with the first Yuletide fic draft. I'd prefer to have done an even 1000/1000 for Arbitrary Execution and the novel, but I've had guests this weekend, and I'm fairly happy with what I managed to get down after they left.

What you did instead of writing today: Had guests, mostly. And got back into writing after a week where I really didn't do much of it at all, much to my dismay.
GHOST TOWN
A ghost story, a love story, a hate story.
THE INTANGIBLES | LOSERS
Ghost Town, 25 years later and 12 years before.

take it all or leave it... I Feel You

Working on a new fic (possibly...?), Delta, and a smattering of snowstorm. College applications have drained me creatively and I'm almost always too exhausted to write. 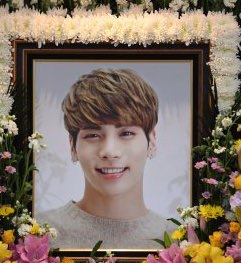 What you're working on

A fic I've just uploaded on here called Bond of Aura. And no, before you ask, it's not an OP catch all the legendaries story... it's got a psychological basis behind its story too.

What, specifically, you wrote today

The title of Chapter 6... oh and my homework/coursework for College.

How many words you wrote today

Technically... 4, in a story sense. Way too little, I know, but it takes time! And I don't have time.
Fanfic Writer and Artist:

What you're working on
Guiding Light and my Yuletide submission

What, specifically, you wrote today
Chapter 26 (go go gadget buffer) and part of a scene specifically dealing with one of the prompts I got

What you did instead of writing today
Work! Also caring for my demon furballthe pupper.

A good day's work this time round! 981 on the original novel front, 1208 on the latest chapter of Arbitrary Execution and on a major revision to a previous, as-yet unposted chapter, and 511 on the Yuletide fic. Hopefully this is going to be a good weekend for writing. What I did instead of writing -- well, video games, work stuff and being ill, honestly; nothing particularly interesting.
GHOST TOWN
A ghost story, a love story, a hate story.
THE INTANGIBLES | LOSERS
Ghost Town, 25 years later and 12 years before.

Finished 2800-odd words for Chapter 2 of Skybound, and started work on Chapter 3, clocking in at around 1700. Hopefully I'll stay committed to this. Other than writing, I spent 6 hours of my time doing homework, and the rest of the day texting one of my friends.
"The Leader Who Seeks the Right Path. Everyone has a different dream. Search for your life's purpose"
TikTok13's Timeless Treasures
~Out of the Blue~|~Skybound~|~A Hundred Year
Love (LoZ:BotW)~​

I caught up on posts in an RP I'm in and went over a beta's edits for the script fic I'm working on. Other than that, I'm doing schoolwork (started grad school this week, hoo boy) and video game stuff. ^^
I'll do fic review exchanges. Interested? Hit me up. <3
survival project | phantom project | love and other nightmares | flying in the dark | so close | preparations | seasoned

I've been making massive structural edits to chapters 0F to 13 of Arbitrary Execution today, which have been a complete headache to work around and I have no idea how many words I'm writing in the process, but it's probably for the best, just to get the plot properly tightened up. Other than that, I've permitted myself to do another 500 words of Oathbreakers, which is something I'll be posting once Arbitrary Execution is done, and which, like all the projects that you're going to do after this one is complete, is incredibly seductive and very tempting to work on instead of finishing the story I'm already writing. What have I done other than writing? Today, not much; I'm on holiday, which of course means lots of writing time.
Last edited: Oct 27, 2017
GHOST TOWN
A ghost story, a love story, a hate story.
THE INTANGIBLES | LOSERS
Ghost Town, 25 years later and 12 years before.

Other than that, school, work, and Dragon Age Awakening. The usual, because routine is good.
I'll do fic review exchanges. Interested? Hit me up. <3
survival project | phantom project | love and other nightmares | flying in the dark | so close | preparations | seasoned

Spent most of my time working on NaNo - it's a personal project this year that I don't wish to delve into in public. Let's just say I've written this story three to four times over during my life and I want to finish it once and for all this time now I've got a lot more experience under my belt.

Wrote a little bit more on my Yuletide story. Might need to take it on the road again before I can finish it.
Oh my, you really should read my story Happenings Between Goals.

Really excited to see all these early starts on Yuletide!

I ended up writing 750 words earlier at like 4AM for my aforementioned AA character piece, which I was super excited about. : ' ) That, and I updated my writing playlist which I do every few months or so.
I'll do fic review exchanges. Interested? Hit me up. <3
survival project | phantom project | love and other nightmares | flying in the dark | so close | preparations | seasoned

Finally got all those incredibly boring edits done on Arbitrary Execution! I don't even know how many words that ended up being in the end, but it ended up at about 1100 for today. Add to that around 800 on the original novel, and I think I'm on track to free up some time to apply myself more thoroughly to my Yuletide fic this weekend. I've been neglecting it because I got so bogged down in all that editing, and I'm looking forward to getting back to it.
GHOST TOWN
A ghost story, a love story, a hate story.
THE INTANGIBLES | LOSERS
Ghost Town, 25 years later and 12 years before.

Well, I finally finished drafting Episode 7 and I clearly got carried away. It was going to be 5 chapters long, and then it became 6 chapters long... and now it looks like that last chapter is going to get split in half. Should be fun once I get around to posting it. XD

~300 words of Phantom Project and organized some worldbuilding/plot ideas I had sitting haphazardly in some random Word doc.

Other than that, ran some errands, took a bike ride, played some card games, watched Dragonball Z. Typical pretty lazy Saturday.
I'll do fic review exchanges. Interested? Hit me up. <3
survival project | phantom project | love and other nightmares | flying in the dark | so close | preparations | seasoned

Was able to write 2000 words for Nano yesterday and I'm hoping to write a little bit beyond 1667 words today too. So far I've done 1000, so hopefully I'll be able to reach the target I've set for myself without any issues.

On a side note: I am amazed that I've been able to juggle Nano this year without developing carpal tunnel syndrome, because that's nearly what happened to me last year after only five days!