Nuuuuu that Seadra was so likable!! Why didn’t Goh catch it instead of a personalityless pokemon?!!
Sup yo, it ain't aiight if you fitn' to roll up in my crib with your outdated steelo, flossin' like you got cheddar'cause it ain't crunk to front when you're drivin' that hoopdee"

Wait, what is it really? I always thought it was hot milk with peppermint
Sword/Go/IoA/CRY/CT/Y/BD-PLA League Card: 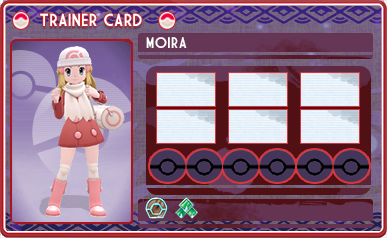 I haven't watched this ep yet, was busy with BD.
I will watch it later, but alteast I know Goh didnt catch this lovely Pokemon

lolipiece said:
What's amazing is Ash and Goh's ability to repeatedly dive into deep water and surface with no repercussions whatsoever.

Decompression sickness? The bends? What's that?
Click to expand...

Having ash and goh die from the ‘bright’ idea of rocketing to the surface using kingdra would’ve definitely been an interesting way to end the series.

Rune Knight said:
No AG references at all? Did they at least acknowledge that Ash knows Drake?
Click to expand...

yeah ash recognized him and said “is that?”
Thesnowmander11

janejane6178 said:
I haven't watched this ep yet, was busy with BD.
I will watch it later, but alteast I know Goh didnt catch this lovely Pokemon
Click to expand...

If you're talking about Kingdra he DID catch it lol

Mythical-Moonlight said:
If you're talking about Kingdra he DID catch it lol
Click to expand...

AuraChannelerChris said:
Why does Lucario even need to touch the water to act like a sonar when it didn't need to do that in the Alola episode race.

Also, Ash, Lucario did work, but only Pikachu deserves a drink?
Click to expand...

Lucario is a hard worker, it doesn't rest. It had that "No pain, no gain!" attitude, while Pikachu is more like "I've battled for Ash for 8 series already. Give me a break!".

Lol at the Sharpedo capture, it just pokes at Goh's Pokeball while it chased Seadra. And Seadra got the dragon scale which is a good ending when Goh has been tasked to capture a Kingdra.

Just wished that Inteleon fought Kingdra alone, even though there's no rules nor referee in their battles. But it kinda makes sense in one way because Goh is underwater with an Oxygen tank, so he wouldn't stay there for long.

Anyways, good episode. Great to see Drake's return, even though he's here to offer the twerps a base to go underwater near Kingdra's location. And yeah from the IGN's infamous ORAS quote "There's too much water!".
Pump It Up Prime 2: Gargoyle Full Song S20 "Dancethrough!"

Not enough water quality even if there literally was too much water.

Not an essay time:
It goes without saying that when this episode comes out dubbed, Drake will likely have a new VA considering his other appearance was during the 4Kids era, and yes I know Lance and Koga did have the same VAs when they appeared during the TPCi era, but I think this instance will likely be different. Not gonna lie, watching this episode reminded me of a YT video from a couple of years ago about cute (very loosely) pokemon that could kill us with Kingdra being on that list, and yeah I'd buy the Kingdra in this episode some coffee beans. On the subject of Kingdra, when it turned up after hearing the recording of Dragonite, I could tell that it was thinking "Alright, where is it?" considering its Sword dex entry talked about fierce fighting. Whilst I'm on a tangent on what I think Pokemon were thinking, I could tell Seadra was like "Oh s***!" upon bumping into Sharpedo and I'll certainly say Go wasn't expecting to capture the Sharpedo, it just happened by accident, a real whoops moment there. There were some cheeky AG references in this episode, for example Drake mentioned that he had a huge sailboat, I remember in the AG episode he certainly had one of those, and the Hot Moomoo Milk, I say is a nod to Drake ordering a hot milk with peppermint from a restaurant in that same episode. Finally, with Asahi and Tsurugi encountering Regirock in this episode, I fully expect in a future Project Mew episode the two will encounter Registeel.
"I, the great GR-X has mastered the infamous Zapdos FTK"
I

This was OK, seeing Drake again was nice, Goh had some good moments and it's great seeing more of Inteleon. But I wanted more out of the battle and I still don't like this obsession with offscreen development.

+Seeing Drake again was cool. He’s my second favorite of the Hoenn E4 and, like Chuck, never would’ve expected him to return.
+Like Wikstrom (by technicality), I like how Drake is incorporated into this episode: old character who has a profession/personality that would help the boys while they complete their objective. Honestly, while I like the returning companions and characters returning to battle Ash in the PWC, these type of returns are my favorite because they feel more organic and help flesh out the world.
+Go’s critical thinking really shined with his episode. Usually I find his way of reaching a solution to be a bit of a reach but I found most of his effort here to be pretty reasonable.
+Inteleon has been on a roll since evolution. Wish Drizzile got this frequent screentime but I’m not complaining.
+Dracovish and Chinchou are cute. That is all.

•Regirock appears! I feel like the boys seeing Relicanth and Wailmer prior to the episode was hunting at this.
•Theory: I feel like a different character/combination will go after each Regi. Asahi will get Regirock. Then Go can get Registeel. Peony will get Regidrago. They’ll all go after Regieleki. Regigigas will be a Max Raid like in the Crown Tundra. The Regis will probably be figurative and literal keys to getting Mew since the PM group look very interested in the two we’ve seen so far.
•Lmao @ Go saying no one catches Pokémon better than him. I have never been too bothered with how he catches Pokémon but it feels like a funny meta joke.

-Only negative I have is no AG flashback especially since they have little throwbacks to Drake’s AG episode. Give the AG fans something.

Overall great episode. PM has had the best episodes and can’t wait for the next one. 10/10

Fun episode, it started more or less how I expected it to, with them exploring the shallower waters and Goh still not able to catch things underwater.

I was not expecting Chinchou's appearance (so adorable). Plus it and Mantyke played significant roles in the episode.

Mantyke joining the battle was short but great, like a better version of Raboot and Flygon.

Inteleon really getting the cool treatment. Liquidation looks like Surging Strikes though. Haha.

I enjoyed the short time we got with Drake, forgotten name revenge.

The undersea current that moved the ship doesn't seem to have been by Kingdra (reminds me of Lugia).

They brought in the dragon scale lore as an evolution mechanic and a treasure for nobles. Plus the audio lure, Goh did pretty well for himself here. The independence plotline continues.

Nice to see Goh keep Kingdra (seemingly) after the last 2 missions, and the Sharpedo capture came out of nowhere. Goh finally catches another dragon, and catches a very unexpected dark pokemon.

Seadra ran off with the submarine but oh well.


Ignition said:
•Regirock appears! I feel like the boys seeing Relicanth and Wailmer prior to the episode was hunting at this.
Click to expand...

This, it was definitely an intentional reference, though it makes me think that they won't then have Goh catch a Relicanth. Would have been funny to see the ever expanding Sakuragi park capable of housing a Wailord.

Ignition said:
•Theory: I feel like a different character/combination will go after each Regi. Asahi will get Regirock. Then Go can get Registeel. Peony will get Regidrago. They’ll all go after Regieleki. Regigigas will be a Max Raid like in the Crown Tundra. The Regis will probably be figurative and literal keys to getting Mew since the PM group look very interested in the two we’ve seen so far.
Click to expand...

I like the Tsurugi and Asahi clips, they are like Leon's exhibition matches in that that is the level that Goh will likely need to reach/ be comparable to for the late game of the series. Though I think Goh will take on a couple more missions before maybe joining for the CT Regi's and birds, rather than taking on Registeel himself.

I still want to know what the point of the 3 mission structure is? Will the choice be relevant later?

New age catcher vs. antiquated battlers. Maybe all of the "You need to battle it first" characters should have spent more time training their curveball's.

It would be interesting to see pitching actually explored as a skill.
Last edited: Nov 21, 2021
U

I watched this episode while walking home from school, it was a fun episode, I never really had any high expectations about it.
I give this episode a solid 7.8/10 from me.
Drake's appearance was great for me, I had a few small laughs when Ash and Goh first encountered on this episode.

UglyToast said:
I watched this episode while walking home from school.
Click to expand...

~ When you know you could've gotten a Sitrus Berry instead. ~
Youtube Channel - Pokémon Brilliant Diamond
The Bond of Aura - Chapter 17: A Christmas
~ As December arrives, Lucario experiences the thrills of the most joyous of times, though not without its share of personal growth... ~
​
U

Thanks but I don't need to watch my step when there are peoples out there, driving like maniacs.

Evstike said:
- Drake the type of guy to not evolve his Shelgon.
Click to expand...

I wanted to give more appreciation to this joke XD

Honestly Ash shouldn't have tagged along with Gou. I feel OLM puts Ash in episodes he's not the focus of just to annoy fans. This episodes would have been better without him than with him. Don't like it when Ash tags along with Gou on Project Mew stuff because that's Gou's goal to get Mew, not Ash.
You must log in or register to reply here.
Share:
Facebook Twitter Reddit Pinterest Tumblr WhatsApp Email Share Link
Top