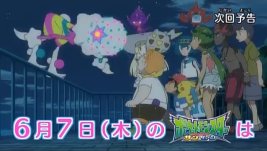 With those types of moves Blacephalon and Xurkitree should really try doing some contests.

The animators must have had lots of fun making this episode, that's for sure. Splintered Stormhards looked great. Ash going back to his older character design for a few seconds cracked me up lol

Saw the after credits scene Lillie practicing throwing a Pokeball was a nice touch.

Really I feel like the Ultra Beast are being wasted idea for the anime. These Pokemon are suppost to be dangerous creature from another world when they don't feel that dangerous at all. Xurkitree making that black out could have done by many electric type Pokemon like Electabuzz or even a group of Magnemite. Really I think Ash and friends are stupid for not trying to battle the two Ultra beast so they can catch them. Not do this dumb firework show for them. The only thing that is good that Ash used Lycanroc's Z move for the first time

Not a bad episode. Definitely better than the previous episodes. My favorite UBs being wacky yet also being threats. Oh, the Lycanroc Z move....cool, I guess? Like that the girls caught something so everyone here can stop saying that they do nothing. Overall a 9/10

It was good to see two Ultra Beasts in one in this episode but I did wish that the Ultra Guardians had a more intense battle with the Ultra Beasts. It was great to see Lillie get a capture by having Steenee knock a Beast Ball over to Blacephalon. And seeing Splintered Stormshards was also good.

Seeing Lycanroc's z-move was a nice surprise, I wasn't expecting to see it for awhile.
Do love that the Ultra Beasts were at least temporary caught this time, this was certainly more enjoyable than that Celesteela episode. It was nice to see somebody other than Ash temporary catch an UB. Hope Kiawe and Mallow get a turn at it


p96822 said:
Lillie and Lana caught something so people can now be quiet about them catching nothing
Click to expand...

Also for Blacephalon they kind left out it life absorbing properties. It would been better if the people that were at the firework show would have felt drain because Blacephalon was taking their strength as they were watching 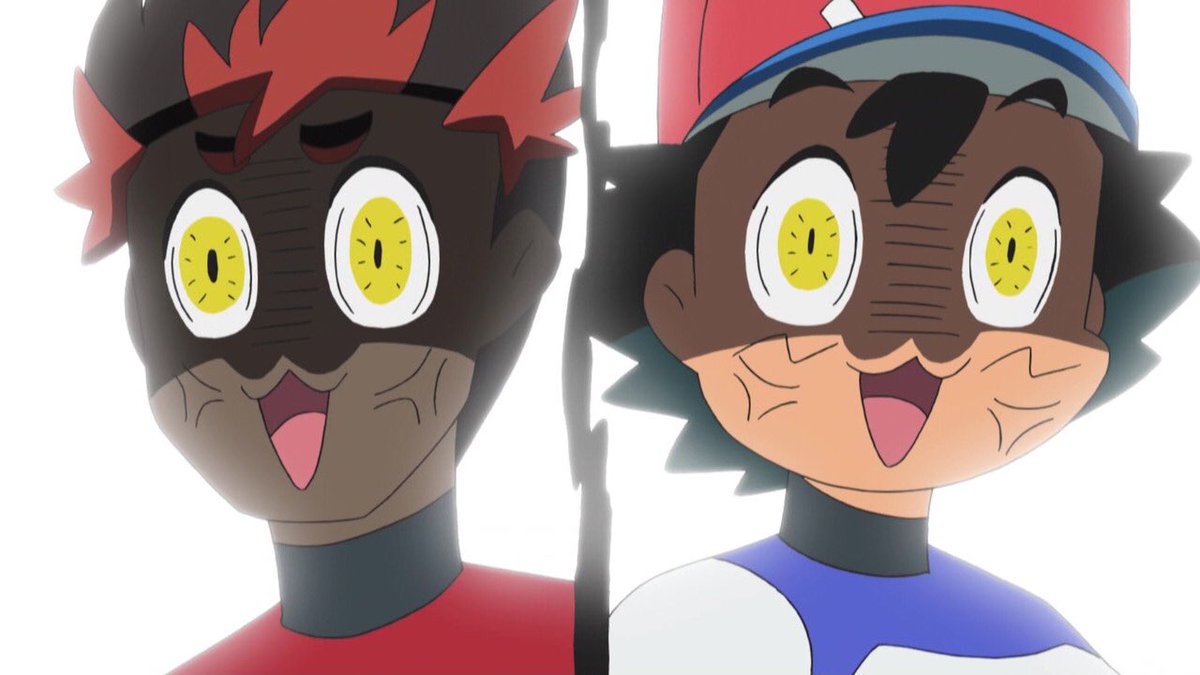 Pop Team Epic and Xurkitree in the same episode. My life is complete.

Finally the sort of an UB episode I wished to see!!!

All Ultra Guardians combining their efforts to tame and capture Blacephalon and Xurkitree. The combination of the moves in the end they created, simply looked epic, dazzling and incredible animation-wise. It sort of really reminded me of the appeal rounds of Pokemon Contests and where dazzling combos were created by the coordinators or Pokemon Showcases where similar things happened. Anyway the glittering and dazzing effects the animators produced by say Xurkitree/Blacephalon's attacks + Ash's and co's Pokemon were simply incredible, I'd give this episode A+++ from the animation point of view. And last of all, Splintered Stormshards!!! It looked really epic how it was instrumental at the decisive moment in taming the 2 UB's for Ash and co. to catch them.

Xeogran said:
Pop Team Epic and Xurkitree in the same episode. My life is complete.
Click to expand...

The writers of this show are after my own heart, I swear.


p96822 said:
Really I feel like the Ultra Beast are being wasted idea for the anime.
Click to expand...

Would you rather they be generic monsters that appear in a movie, where they would get next to no screentime because they'll have to share it with each other, our protagonists, and whatever Pokemon that movie is focused on?

At least with this, they get to show off personality.

These Pokemon are suppost to be dangerous creature from another world when they don't feel that dangerous at all.
Click to expand...

The games explicitly state they're only this dangerous because they were taken from their homes and want to go back. They're not monsters, just scared aliens.

Xurkitree making that black out could have done by many electric type Pokemon like Electabuzz or even a group of Magnemite.
Click to expand...

Really I think Ash and friends are stupid for not trying to battle the two Ultra beast so they can catch them.
Click to expand...

Because that worked out so well against Buzzwole, right? This is the best they can do, and it works, so what's wrong here?
Last edited: Jun 7, 2018

I was very unimpressed with Splintered Stormshards... wow, what an underwhelming animation for the move. Really hope they up that quite a bit, it looks weaker than the normal rock z-move.

My favorite UB, Xurkitree, lived up to his weirdness and awesomeness. I lovehow they had him wrapping himself into the electrical station wiring and not just absorbing it from touching it or something. Not to mention he had more of a show than I thought he would have. Blacephleon was quite interesting as well, it was weird how his head could explode and then go back to normal, but at the same time his head can just appear back to his body too after exploding.

Also its a little weird that Pikachu has electro web and charjabug doesnt, but I like how they made a fake one. Now if I knew allthe moves they had used and could speak japanese to know what the important parts of the episode were...

Really what I mean is that the Ultra beast are kind of wasted is that they don't put our heroes into any type of danger. Even though they are away from home that doesn't mean that it's not showing how dangerous these Ultra Beast are. Like they could have shown that even Blacephalon fireworks are amazing, but it's show that it all but a plan of stealing the life energy from others. For Xurkitree, I think it could have fought Ash and the other with it overwhelming electric attacks.
D

This wasn't a bad episode, nice display of character from the two UB and a large amount of Pokemon got to be useful. It was exposition heavy so I struggle to understand everything that was going on (especially the ending) but the climax was decent.

Concerning the non-battle focus, I kinda like it, it lets for more diverse situations where the twerps have to be primarily clever and resourceful over just spamming power like with other antagonists, not to mention it means the less powerful trainers/Pokemon can be equally important.

Besides that Lycanroc did wear them down a little with his new Z Move, nice animation by the way.

Hmm, Charjabug didn't evolve inside the power plant, guess he's got a little longer to wait.

It's odd they had Ash return to Melemele when both this and the upcoming episodes are bringing things straight back to Ula Ula, they may as well have made him stay there and have the others meet him up here during the UG mission.

This is a small detail but did anyone notice that really fluid 'idle' animation for Pikachu at the end with his tail swaying and ears twitching? For some reason I really liked that, you don't see that a lot in the anime.

What was Poipole using to add 'stardust' to their firework by the way?
Last edited: Jun 7, 2018

IMO, this shouldn't have been were the Lycanium should have been debuted. The animation was underwhelming as well.

This was probably the best Ultra Guardian episode, but still, as an episode it was barely above average, and definitely still felt like a drop in quality compared to the relatively decent Ula'ula episodes. Ugh, for some reason the classmates really ruin episodes for me, and it shows especially in the UG episodes.

On the plus side, Xurkitree was really weird, just like how it's supposed to be. Xurkitree and Blacephalon goofing around did look like a Showcase indeed. Also, personally, I found Splintered Stormshards to be nothing special, and in fact, I prefer how the regular Rock Z Move looks.

lemoncatpower said:
I was very unimpressed with Splintered Stormshards... wow, what an underwhelming animation for the move. Really hope they up that quite a bit, it looks weaker than the normal rock z-move.
Click to expand...

But that's how it the animation looks in the games. It's an almost exact recreation.

p96822 said:
Lillie and Lana caught something so people can now be quiet about them catching nothing
Click to expand...

We want the girls to catch another Pokémon. UBs don't count unless they keep them.
This one's stayin' until I complete a novel-length story.