ZakuConvoy said:
Pokemon Adventures Black 2 and White 2 Volume 3 is apparently releasing in the US on April 13, 2021.

There doesn't seem to be a listing for volume 4, which is strange, but understandable if the release really is that far out.
Click to expand...

It's safe to say they're doing a volume every three months, so we should be starting ORAS about a year from now, give or take.

It's safe to say they're doing a volume every three months, so we should be starting ORAS about a year from now, give or take.
Click to expand...

I think XY will be published until volume 62, and continue ORAS at the end of volume 62 or beginning of volume 63. This means there will be five XY volumes coming out next year.
H

I was told by someone in Viz support that updated translations of Adventures are currently in the works.
A

Hardback247 said:
I was told by someone in Viz support that updated translations of Adventures are currently in the works.
Click to expand...

Strange they aren't aiming for Pokémon Day, but at the very least it'll readable on the anniversary. How crazy would it be if a Pokémon Day Direct actually promoted the volume?

And remember this volume has an important scene: The third Pokédex. Is it going to still be destroyed, or will the scene be changed? If it changes, that's the signal Kusaka might be moving away from the name tradition, and Rivals become eligible to be Dex Holders again.
Whether that includes X and Y's friends is up in the air, but I'm hopeful, because it would be weird to have them around the entire arc, and then be excluded from group shots whenever they have an anniversary illustration or calendar. I mean, it's already weird.

If the change actually happens, I'm sure at least Hau will get a Pokédex in the SM full volumes, and maybe even have new chapters focusing on him. And who knows, maybe after February they start to build up to Manabu (Marvin) becoming a Dex Holder, or at least an actual Trainer, since they gave him Sobble. But I hope they also include the other Rivals (and Lillie) in this.
Anime... PAAWAA!!!
___

Is this the earliest anyone has got their full team in a cover? Yeah, 5 of them are actually a poster, but still.
Also, both Soudo and Shieldmillia have all their Pokémon in the cover. Yamamoto didn't hold back.

And Hop and Beet are in the background. Judging by this and volume 1, it seems the pattern for SwSh volumes will be Soudo and Shieldmillia with their Pokémon in the foreground, and some other character(s) in the background.
I wonder if we'll ever get Gym Leaders in the background, or if that will be reserved for important characters. If it's the latter case, the only other characters that can appear are Mary (Marnie), Rose, Olive (Oleana), MAYBE Nezu (Piers), possibly Sonia, and the royal siblings. And also DLC characters if the DLCs don't get their own arcs. Mary might only show up in a cover when they get to Spikemuth, but I hope she actually appears in volume 3.
Strange Manabu (Marvin) hasn't shown up in a cover yet, despite traveling with them and possibly being an actual main character.

Quick prediction on next covers' backgrounds:
-Volume 3: Mary, and maybe Manabu.
-Volume 4: Rose and Olive.
-Volume 5: Swod and Shildy.
-Volume 6: Eternamax Eternatus instead of a human.
Vol. 3 and 4 predictions could be interchangeable, because Rose shows up in Stow-on-Side.

Shogakukan's site lists the second volume of the "Ash's and Goh's tale" (aka the manga version of the Journeys anime) as releasing February 26th.
Goh Club Member. Are you a Goh fan? Come visit us!

"Critics who treat adult as a term of approval, instead of as a merely descriptive term, cannot be adult themselves" (CS.Lewis)
H

The English summaries for the first two mini-volumes of the Sword and Shield chapter have just come up. It looks like Soudo and Shieldmillia will be given the English names of Henry and Casey.

Hardback247 said:
The English summaries for the first two mini-volumes of the Sword and Shield chapter have just come up. It looks like Soudo and Shieldmillia will be given the English names of Henry and Casey.
Click to expand...

That's weird. I would've gone with (S)Ward and Sheil(d)a. Especially since Blake and Whitley were so close to Black and White.

This is news from last month that no one covered, and I'm not 100% sure if it fits this thread, or if we should only talk about volume releases. Anyway, here is the source:

https://twitter.com/i/web/status/1365499717036089344
Anakubo's Pocket Monsters manga finished its serialization on CoroCoro Comic Special and will be moved to CoroCoro Online starting in April. If it's not a cancellation, and I didn't find anything saying the magazine is being cancelled, this opens a possibility for PokéSpe to get a second magazine, though it would be a bimonthly one.

With the SwSh arc getting more serious, we could have a second magazine to focus on the disaster side of the plot, or maybe the Rivals. Or who knows, a new arc based on the Isle of Armor, or maybe even LGPE since Yamamoto said it was still possible (technically, he only said "we didn't decide [on whether to do LGPE or not] yet", but that essentially means "it's not impossible", and that was when SwSh started releasing).

In fact, it's possible PM is being moved online for PokéSpe (just like it was apparently moved from CoroCoro Comic for the anime manga), since they apparently don't want two Pokémon manga in the same magazine, well, except for CoroCoro Ichiban! having both PokéSpe and the TCG manga, but I have no idea why that exception.
However, while that makes sense on surface, I'm not sure how likely that is. I've heard before that Anakubo's PM is more popular than PokéSpe in Japan, and while I don't know where I could possibly verify that, the Anakubo manga did beat PokéSpe for the CoroCoro Aniki slot, and is the only Pokémon manga being serialized in two magazines at once.

Alternatively, given the timing, it's possible CCS is just going to publish a New Pokémon Snap manga.

But if it's for PokéSpe, there's the question if Yamamoto can handle the work of doing two chapters at once, while still doing art corrections to previous arcs to have volume releases every 3 months. Not to mention whatever new content they would add to the old arcs' finales. It could explain his recent comments about volume 59's cover, which he started to redraw earlier when he previously would take too long to do it.

Once again, if PokéSpe gets the CCS slot, Yamamoto's work load would now be:
-One chapter for Ichiban! every month.
-One chapter for Comic Special every two months.
-Redraws for an entire volume every three months. Remember Yamamoto at one point mentioned having done reworks for over 90 pages (I don't remember the exact number) of volume 58 a few weeks before release.

It doesn't seem that much bigger, but with how Yamamoto was struggling to put out monthly B2W2 chapters, and that was when he didn't have to work on volumes every 3 months, I'm worried it might be overwhelming. That said, with the pandemic forcing everyone to stay home, maybe Yamamoto would have more time to do it?
I don't know. Maybe there was something else that was affecting Yamamoto's work during that specific time that we don't know. Or maybe Sunday Webry was imposing some limit on the number of pages per chapter.

Regardless, CCS might be the last chance for PokéSpe to get a second physical magazine in the foreseeable future. Some people say Pokémon Fan could work because the magazine still exists, is now monthly, and Kusaka is now part of the magazine's editorial board (or was it directorial board?). However, I think it's possible that might never EVER happen because Kusaka is now on the magazine's board, and he authoring a manga for it might be seem as overstepping or preferential treatment, or something like that. 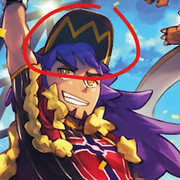 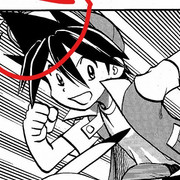 It seems that no any Pokemon manga fill the vacancy in CoroCoro Comic Special (April 30th)...
A

Thanks. Just added to the wishlist. Will be ordering alongside the Coco movie
Goh Club Member. Are you a Goh fan? Come visit us!