What are Pokemon that you DON'T want Ash to catch (or wish that he hadn't caught) ?

But what about the Pokemon that you DON'T want Ash to have?

Or alternatively, if Ash has already caught it, which Pokemon of his do you wish he hadn't caught?

What are your reasonings for this?


For example, I know this is probably an unpopular opinion and all but I don't want Ash to catch a Dunsparce.

Mainly because unless Game freak gives it a new evolution, I fail to see how a Dunsparce could really be a necessary capture for Ash. Dunsparce isn't a bad Pokemon but I don't see this one for Ash.

As for the Pokemon that he already has, I don't think Ash should've captured Snivy in retrospect. Mainly because I think it would've been a more fitting capture for either Iris, as they both share similar sassy personality traits, or Cilan, who despite being a Grass Type specialist, had very little actual Grass Types.

So who are some Pokemon that you DON'T wanna see Ash catch or think he shouldn't have caught if he already has it?

Don't forget to include your reasonings

I think Gible shouldn't have been caught. It was an unnecessary seventh mon after Ash already had already filled out his Sinnoh team, its "Draco Meteor hitting Piplup" gag got old fast, and while the Conway battle was pretty good, that should've been Torterra's battle where it could've gotten a win or two.

And obviously Unova should've been trimmed down to six. Unfezant, Boldore, and one of Palpitoad/Oshawott can get the boot, Snivy can go to Iris (replacing Emolga maybe), leaving Ash with a mostly solid Unova team of Krookodile, Leavanny, Pignite, Scraggy, and either Oshawott or Palpitoad.
Generations Overall: 5 > 4 = 8 > 3 > 7 > 6

Dragonite- don’t like it as a species plus became too OP too quickly
Melmetal and Naganadel- legendaries
30 Tauros- boring
Palpitoad and Boldore- useless who are just there for type overlap
Rowlet- hate this thing. Annoying as ****.
All hail Cramorgod


Pokegirl Fan~ said:
Pikachu-gets way too much screentime and battles and its mascot status is part of the reason why it and Ash will never be replaced as main characters.
Click to expand...

Even if Ash did leave the show, Pikachu would've just been caught by another main character

Look at Eevee. It's been a Mascot since Gen 6 and it's been with a female character other cast ever since

Greninja by itself was OK.

Pokegirl Fan~ said:
Goodra-overrated jobber.
Noivern-jobber and I'd rather Serena caught it instead tbh.
Click to expand...


Pokegirl Fan~ said:
Infernape-it hogged screentime from the rest of the sinnoh team and Ash already has a fully evolved fire starter in Charizard.
Click to expand...


Pokegirl Fan~ said:
Most of his Unova team because they felt underutilized imo.
Click to expand...

Keep the Starters, Krookodile and Scraggy

Pokegirl Fan~ said:
The Johto starters because they felt overshadowed compared to his kanto ones.
Click to expand...


Pokegirl Fan~ said:
Primape as it was only around for a very short time.
Click to expand...

I forgot he had this tbh lol

Basically anything he gets post-DP. 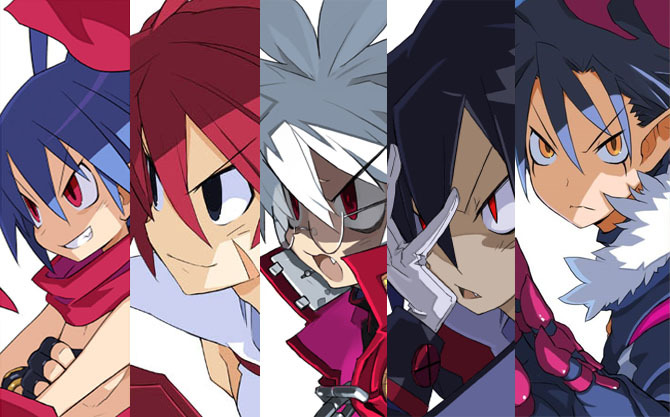 Easy: Half of what he caught in BW, Goodra, and Noibat.

Dracovish, because the species' concept is just bad.
Palpitoad, because it is ugly and not all that powerful, and because I wish Oshawott had fully evolved in BW.
Favourite Ground-types

Man, the Noivern comments hurt. I know why you guys are mentioning him and he got done real dirty, but it still hurts to see.

Anyway, some of his Unova team shouldn't have been caught. They committed too much to the starters and that killed most of the other's development. It should've been a smaller group like Oshawott, Krookodile, Scraggy, Leavanny and Pignite rather then double that.

I think Palpitoad and Boldore are two Pokemon I wish he never caught. They just didn't do much at all and added nothing to the team dynamic. I want to say Snivy also because they wasted Snivy as a character. She was very static and they never explored the fact that she seems to have abandoned her trainer and she never grew. I mean she didn't learn any new moves or anything over the course of the series. I think Ash was better off with just Leavanny for a Unovan Grass type.
Go beyond! Plus ultra!

I was never particularly happy that he caught Eipam. At the time we didn't know that it would have an evolution in Gen IV, but then when Eteboth was revealed I dreaded seeing Satoshi with one because I thought it was incredibly unsightly. Of course he never got the chance since he traded Eipam to Hikari, but in a way Eipam's entire character arc felt like a waste of time considering it was eventually released in such a contrived manner, anyway.

I also wish that Satoshi hadn't caught Heracross since he sent it to Okido-hakase's lab early in the Jouto saga, making its capture pointless. The same sort of applies to Gamagaru, which hardly got screen-time in BW or beyond.

UP NEXT: A CHAMPIONS time!

Gible, because it had a lot of wasted potential being caught late and stuck in his first form when their final stage is one of the strongest pokemon

Your homies are lame

keepitsimple said:
Your homies are lame
Click to expand...

Nah Ash-Greninja was just an excuse to keep Ash from getting a Mega Evolution back then.

Also I find the Battle Bond concept to be weird as a whole.

Literally Only Ash's Greninja can do this? No other Pokémon or even any other Greninja?

used to hate it for design reasons. looks weird with the ash hair/sideburns but tbh a ton of megas also look like dogshit so after a while that didn't bother me. i can appreciate him a lot more now as he was one of ash's best pokemon and probably the most fun to watch in battle

The share pain thing was beyond stupid if it didn't have a chance to put Ash near death.

"The oppression of Poké Balls."

Ash Greninja. I'm cool with the normal form. C'mon bro, you couldn't just bring back a single one of his reserves and let them mega evolve? Charizard, Sceptile, and Glalie are all viable options. They could have even given Pidgeot a little return.

They really made a completely new form only for it to lose in the league and never return. I'm just glad it was viable in gen 7 competitive.

Most of the Unova team, due to lack of development and screentime. Ash should have just had Unfezant, Scraggy and the starters. I could have even taken Krookodile over Scraggy.

His 29 other Tauros... Does anyone know why Ash caught the entire herd? I get that the episode was caught due to guns, but... nothing else was told about them.

I feel like it was supposed to be Ash & Pikachu versus the Tauros herd's leader, Ash battle and caught it... and then the rest decided to treat Ash as the new leader, comically prompting Ash to catch them all.
SSBU Mains