What Game Consoles do you own?

All the PlayStations you could think of (PS1,PS2,PS3,PS4, PSP)… except the Vita, the Switch, 3DS, Wii, Game Boy Advance and the Game Boy Color.

I've ended up with a bigger collection than I imagined...

SNES:
Well, the SNES is my first gaming console. I got the Console October 1999 when a friend visited my mum and me my mum and her friend went to Fleamarket in my hometown. When we were prepared to go home i saw that a teenager and his mum sales the SNES with Zelda A linkt to the past, The adams Family and Jurassic Park. I asked my mum and i got the console. That so funny because this console was my first electronic object. Later my dad buy me Super Soccer. I had a lof of fun the game and when my friend came to me i played games like SMB Allstars, SMB World, Goofy Trooper. Man i miss my childhood.

The sad thing is, 2006 the SNES was brocken so decited to sell my games.

GameBoy Color:
I got my as birthday present with a racing game and a Kongfu game. I was no so happy because didnt like the games. I tought GB games are really lame until i got Pokemon Gold. Then i changed my mind. Later i bought Zelda Oracele of Seasons and Harry Potter and the Philosopher's Stone/Harry Potter and the Sorcerer's Stone. I played really much with my Gameboy. The funny is when i played the Gameboy in my Dads car, i puked very hard.

NGC:
One of my favorite Gaming Consoles. I got it with Super Mario Sunshine and Mario Party 4. On this Console i played many games like Super Smash, Mariokart, Killer 7, Zelda Windwaker and TP, Starfox, Mario Strikes etc. I played really much on this console. The sad thing is that my Controllerjoystick wont work anymore.

GBA:
Yes i bought it together with Pokemon Sapphire. Later i bought Firered, Supermario Bros 3 and The Incredibels. I was happy with my GBA but i used most of my money and bought for my Gamecube. I know someone who had a SP and i was a little bit jeasoly because it looked cooler and had a bringt screen.

Nintendo DS/Lite:
I got this pack for Christmas. 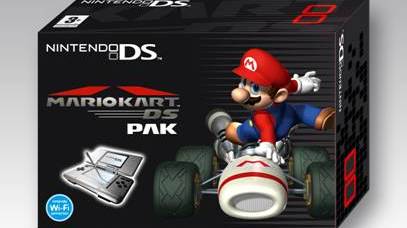 It was very cheap (120 Euro) with my Nintendo DS and Mario Kart DS. I played very much Mario Kart with my brother. Later i bought Pokemon Link/Trosé, the Pokemon Core series like Pearl/Platinum/Heartgold, The World ends with you, Dragonball Origins, Jump Super Stars, Sonic Rush etc. I had a lof of fun with my this console. Later i bought the Nintendo DS Lite Black beacuse my old DS was very "used".

Wii:
When i heard from the Wii Console i was no so interested but later bought my Wii and played Games like, Mario Galaxy, Smash, Zelda SSW, Sin & Punisment. I thougt Wii Sport is a lame casualgame, but then i played it and i had a lof of fun. Boxing and tennis were my favorites. It was a good time with the Wii Console but i was a little bit sad that the Wii has no games like the PS3/XBox 360/PC.

PSP:
I bought the Console only for FF7 Crisis Core and KH BBS. Later i bougt Dissadia. This was my first None-Nintendo Console and it was very funny to make things like listing music, Watching Videos and Downloading Demos and Themes, which wasnt impossible with the Nintendo DS.

PS3:
I bougt the console one a Christmas Sale. Later i bought games like FF13, Okami, Uncharted, Naruto Ultimate Ninjastorm etc. I used the PS3 as DVD/Bluray Player.

Nintendo 3DS/New Nintendo 3DS:
Yes bougt this console. The price with 250 Bucks was to high for my so i decied to wait for a pricecut. When Nintendo Annouced that everyone who have a 3DS and used the Eshop until 12 August to get 10 GBA and 10 NES games, i searched througt the hole Internet to find a cheap price for the 3DS. Luckely i found a site that sell the 3DS with the pricecut before the 12 August. So i ordered and was nervous about the shippingtime, but later i got it and saved the games. From the beginning i bought 2011 Zelda OOT remake and 2012 KH DDD, but later i bought more and more Games and i used the E-Shop to download Demos. The 3DS was one of my most used Console. Today i have plenty games and it tooks time to play them all. The most used App on my 3DS is Streetpass. I like the idea to collect Miis from strangers. Until now i have ober 3000 Meetings. Its very sad that the Switch have not such a feature.

Later when my 3DS has begone to stop working i bought the new3DS with Xenoblade 3D.

WiiU:
When the WiiU was announced i was not very interested. I took my time and waited for which games to appear for the WiiU. Later 2014 i bougt the WiiU with Smash, Bayonetta 1+2 and Lego City Undercover. The Games were very good and later i bougt Super mario 3D World, Zelda and Darksiders 1+2. I dont understand why Nintendo Forced Wiiu User to used it. Even cant get in the menu if i dont have the pad and this is the reason why i like the Console not so much.

Switch:
Okay it belong to on of my relatives, but none of them used it so i used.
The Firsttime i saw the trailer i thougt im dreaming, it was so cool. On the Switch i played Nintendo Stuff like Smash, Mariokart. I bought for this console many thirdparty games like Darksouls, Rayman, etc. I like the Switch because i can play at home on my TV or i take it outside and play with the Switch when go to my work. This is the reason why i love the Console and the console is regionfree. Okay the Joycons Stick there are little bit cheap but when i has the drift Nintendo repair it with out a singel fee. The another bad side is that many games who have more as 16 GB are only avaible on the Eshop.

Computer:
Yes i use my PC to play Games. But are games like Counterstrike, Bioshook and Stuff like World of Warships etc. It was a special experiance, when i bought my PC i only had Nintendo Consoles.

Used to own a GB Pocket, GB color and Nintendo DS. But they all stopped working.

I also had a Wii U for like 2 weeks before deciding that i hated it and sold it for way less than i should've.

Oh and my brother forced me to buy a Playstation 2, but the damn thing never worked. 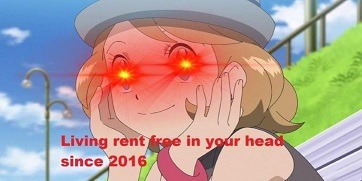 Game cube was my first console and it was really cool I have fond memorys over this.

Xbox 360 I remember how much I played Lego Star Wars the complete saga on that as a kid.

Wii I actually still have it and I’ve probably put the most hours into this system I love it so much.

Dsi My first portable console and man was this thing fun.I played so many games on this thing I’m so mad I have it to my friend once I got a 3 ds.

OG Xbox I found a old original Xbox in my garage that belonged to my dad and it still worked.I mainly used it as a DVD player but had a few agents for it.

3Ds I got a 3 ds but a year later it broke for some reason.I still have it and am very upset that it won’t work.I only had two games for it Pokemon Y and Super Mario 3D land.

2Ds I got this after my 3ds broke and still own it.It was fun replaying all the old Pokémon games on it.

Super Nintendo just a classic edition console.I didn’t spend too many hours on this but still own it.

Xbox one.Prosbly one of my most used consoles currently I play stuff like Battlefront 2 (Send me a pm of you want my gamer tag) and other games on it

Switch my newest console I love this thing.This and my Xbox one are my most used consoles and the only ones I use frequently.

Also I think I used to own a play station 3 and 4 but can’t remember which one.

In active use I have a 3DS (Lite and New models) and a Switch.

personally i find the portable handheld systems are killers when it comes to older conventional systems. the DS systems cut the XBOX 360 time, the switch killed it the rest. i also predicted this result but i still chose to get the handheld systems in the end for the games they offered.
;330; ;083; ;282;
3ds fc: 3926 6866-2593 ign (XY) Nelliel, fighting: Sawk Machoke Tyrogue. polar pattern Vivillion, ign sun: Nelliel
2ds FC is 4485-2497-2628 with bermite, delibird, cloyster, Mizore (UM)