What ideas do you think weren’t gonna originally happen Journeys?

Decidueye23 said:
I do think drasna was a last minute addtition. It made little sense when wilkstrom was already there, and they estavlished a bond between sirfetchd and him by him actively training it.
Click to expand...

Back when Goh caught Grookey, he had a dream with Rillaboom. This was never adressed again and Grookey was kept unevolved like most grass starters
Also I believe they wanted Ash to use Gigantamax Pikachu, but they didn't find a consistent way to trigger it without using the pokeball, so they gave it to Gengar instead(or maybe he would use both)

I'm not sure what was originally planned or what parts of the plan changed. But I think COVID and the unplanned production break forced the staff to change their original plans slightly. The series also seems to have taken on a different tone since Jun Owada took over as series director last year.
Fanfiction Corner

I think there was a Movie originally planned

But COVID ruined everything and we got the Arceus Specials instead

Frankly I kind of think it’d be easier to mention what plans were originally set. This era had a major “we’re kind of making it up as we go along” feel which can partially be chalked up to the Director change. Still, even just looking at how Goh’s goal shifted and how Yamper and Mimey were magicked away pretty much tells you they made a lot of strange decisions.

One thing I definitely do agree with though is that Gary was to become the Kanto Champion, as evidenced by Lance bouncing back and forth between E4 and Champion. It would have been kind of incongruent with his Professor goal, but they’ve had characters balance different facets of their life before. The revolving door of fanservice returns also probably weren’t planned that hard overall either.
Favorite Characters: Ritchie, Misty, May, Jessie, James, Cilan
A

I think originally all 8 Kanto Gym leaders were going to get episodes:

1. Erika got an episode, so I imagined the others would be similar
2. Brock technically appeared
3. Lt. Surge was hinted at

Besides Misty/Giovanni, I also think Koga, Sabrina, Blaine, Lt. Surge would have all appeared. There was even a montage of all 8 Kanto Gym leaders in silhouettes in the beginning of the series. I don't think they would all be in the PWC but Ash meeting them again in fillers like Erika got probably would have happened.
B

Journeys is the definition of "make this **** up as you go".

At first, it seems like the writers were pretty keen on not bringing any character back (as shown by Lt. Surge's absence and by the fact that most of Ash's early rivals were anime-exclusive characters or game characters that haven't shown up before, with Korrina being the only exception). I think even the Masters 8 was originally planned to only include Galar Gym Leaders + Leon and Lance.

Ash's team also felt... weird? The captures weren't spaced through the series, it felt like he was going to catch more than 6 Pokémon
Goh also lacked a clear goal for most of the series.

The series started to take a major shift after "Dragon Battle! Ash VS Iris!!". Before this episode, it seems the writers were trying to do their own thing with the series, but from this episode onward they just went full fanservice.

Pay attention to the huge amount of stuff that started to happen after the Iris episode:

It could be a combination of COVID, the director change, or maybe they just didn't have any concrete plans and were just stalling until they knew exactly how long Gen 8 was going to last.

Anyway we know that Gary and Paul weren't originally planned, and the plans for Chloe also changed thanks to an interview in Spoon.2di


Originally it was intended for Koharu to be portrayed as a a blunt but worried girl who doesn’t know what her path in life will be, and the writers would explore this as the show went on (this is why Chloe's character took such a massive shift when Eevee was introduced)

Eventually it was decided that Ash’s old friends would return down the line and they would use this opportunity to help develop Goh and Koharu. The interactions between the old and new was always the main focus of the character returns.

Regarding Goh, Gary was chosen because Gary’s goal to be a researcher wanting to know about every Pokemon is the same as Goh’s and their clashing personalities would be interesting to see. They were even originally meant to have rival battles similar to Ash and his rivals to measure Goh’s current capabilities

Tokio was always meant to make a return, however the writers did not know how to reintroduce him to the story. (so Project Mew probably was not originally planned)

Paul was decided by constant staff talks on what rivals would appear for Ash’s development. The base story was decided on by Tomioka-San for JN114 to be about Ash training with his old Pokemon at Oak’s lab, and having trouble deciding on who he would bring with him to the tournament. Once the staff saw this, Paul was picked to be the character to appear, and the staff also thought that fans are probably wondering what Paul has been up to as well.
Last edited: Jun 7, 2022

I do believe Misty at least was intended to appear in JN at some point and maybe she still might tho since JN isn't over
(How the fawk they missed the opportunity to have Misty interact with Sobble I'll never know...)

Mythical-Moonlight said:
I do believe Misty at least was intended to appear in JN at some point and maybe she still might tho since JN isn't over
(How the fawk they missed the opportunity to have Misty interact with Sobble I'll never know...)

I also believe that Ash's Arcs in Normal Class and Super Class were supposed to last a lot longer than they actually did
Click to expand...

Eh, I think with Misty they purposely held off on her since she got 4 episodes in SM. Had the SM cameos never happened, she might have shown up in the first year.

That moment I found a lifetime treasure

I feel like a lot of these returns were not planned halfway of the series then they decided to go full old characters (not only companions) return premise. The only characters I feel like they had already decided to bring back were Gary, Iris and Dawn and at some point last year and very quickly they changed their minds and decided to have as many old characters return as possible. Not counting SM's early episode in Journeys because it counts as its mandatory return episode for me. 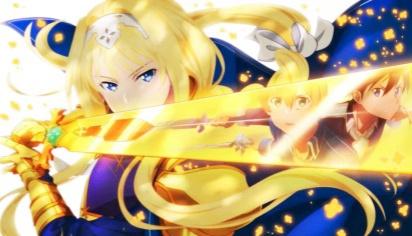 Honestly I am curious if we would have liked Journeys if they went on with their original plans. It all sounds like a giant mess due reasons.

KenzeyEevee said:
Honestly I am curious if we would have liked Journeys if they went on with their original plans. It all sounds like a giant mess due reasons.
Click to expand...

I imagine it had a decent chance to be a better show overall even if it had less fanservice and hype bait. There was potential for a very different Pokémon era that kind of got flattened.
Favorite Characters: Ritchie, Misty, May, Jessie, James, Cilan
D

solrocknroll said:
I imagine it had a decent chance to be a better show overall even if it had less fanservice and hype bait. There was potential for a very different Pokémon era that kind of got flattened.
Click to expand...

Maybe yes. I just hate the constant change in their plans which make the current Journeys feel like a lot of ideas cramped into one series

solrocknroll said:
I imagine it had a decent chance to be a better show overall even if it had less fanservice and hype bait. There was potential for a very different Pokémon era that kind of got flattened.
Click to expand...

Someone pointed out Mimey and that's true, he completely disappeared for unknown reasons

Please dont throw sticks at me for saying this but...

Don't get me wrong I'm very happy that she is the Champion, but I honestly don't think it was something that they really thought about at first when looking back on BW and probably only did so to line up with the Games

Mythical-Moonlight said:
Don't get me wrong I'm very happy that she is the Champion
Click to expand...

Oh you are correct (well probably). So when Oak's voice actor was replaced because of well yea.. that also meant that Alder's as well because they share a voice actor. Theoretically they could of just had Oak's new VA take over the role but they probably used this circumstance of making her Champion. Kinda sucks how that happened but just a theory. Nonetheless Oak got recasted during SM so perhaps they had some idea? They probably already knew prior JN

Iris has an excuse why she returned

It makes sense why she's in the Master Class

The anime already hyped her with being this prominent trainer


OR they could of actually planned all of this considering they made it a point of having her say several times she isn't interested in being Gym Leader.
Last edited: Jun 8, 2022
​
​
​
​

Now I'm going to guess Alan wasn't going to return. He had no appearances beforehand and he and Ash never met or interacted on-screen. And now he's going to be done in the first match.

I guess Flint was originally just going to stay in Masters 8.

Ajy98 said:
Now I'm going to guess Alan wasn't going to return. He had no appearances beforehand and he and Ash never met or interacted on-screen. And now he's going to be done in the first match.

I guess Flint was originally just going to stay in Masters 8.
Click to expand...

I think Raihan would be more likely than Flint