This year the Wii U has started to pick up steam with some great games and its looking like it will continue the momentum this year!

Super Smash Bros Wii U. It and Hyrule Warriors are the only games I bought this year. xD
Credit to Sketchie at Coronet Designs II for the banner

I'm going to have to say Mario Kart 8. Yes, I love Smash pretty much equally, but when it comes down to it, I'm always going to have more fun in a racing game than a fighting game.

I'll go for Mario Kart 8. It's the best game in a series of games of which none of really been bad.
Between the courses, the fantastic visuals, antigrav's subtle influence, item balance etc. the game hardly made a single fault when it came to racing. While the Battle Mode did get mangled in the process, its never been my favourite mode and the game makes up for it in DLC. For £11, the game suddenly becomes at least 50% larger than every other Mario Kart ever, with fanservicey courses and the dreams of "Super Smash Kart" featuring several Nintendo series finally starting to come true. It's a flawless execution of everything I like, and everything I ever wanted from Mario Kart.

The main other contender here should be Smash Bros, but I've only owned that for 7 days compared to 7 months with MK8. It's another fantastic addition to the Smash series, but I'm constantly conflicted by the competitive and non-competitive side, and even the completionist dimensions of Smash Bros.

Little things keep popping up preventing me from fully focusing on any of the above strategies. Diddy Kong is teetering on the edge of being unbalanced, certain items like Gust Bellows are ridiculously overpowered even in a casual match, while a whole host of random item drops and tedious challenges make completing the game more of a chore than a challenge.
Don't get me wrong; This is a brilliant game, but it feels like in pleasing everybody they only went 95% of the way in each direction with that little slip in the level of attention awarded to each style of playing giving way to imperfections slipping through into the final game.

Mario Kart is still kind of fun to play with my sister now and then, but I never really feel motivated to play it by myself.

Smash U has done tons to make the single player less repetitive then 3DS(event mode, special orders, and to a lesser extent, amiibo). However, I really loved Dankey Kang Kantry: Trapical Frizz to the point that I even got 200% on it. It was very hard, but something about that made it very addictive as well.

In the end, I'll have to give the reward to Smash, but DKC gets and honorable mention.
C

Hyrule Warriors, it's really amazing how many things I still have left to do considering I've already sunk 200+ hours into the game.
98.9% of the people on this forum think that 2 is a number. The other 1.1% are idiots and should be pointed and laughed at.

I just got a Wii U on Boxing Day and I only have 3 games (Smash Wii U (Copy), Nintendo Land and Super Mario 3D World (Pre-Downloaded)) and since only one of them is a 2014 game, it's a given. Though I really really like it. I also discovered how to do a Share Stock/Life Steal.
It's Okay. Silly Arcade's just telling magnetic field jokes for his own amusement.
|Tumblr|Flight Rising|Archive of our Own|​

Staff member
Super Mod
I've had my Wii U for a whole 7 days so I can't accurately answer this question, though Smash Wii U did a good job justifying purchasing a prettier version of a game I already have. 2014 had some really nice games though and I do hope to go back and try some of them at some point. Mario Kart 8 in particular.

TheEliteEmpoleon said:
I'm going to have to say Mario Kart 8. Yes, I love Smash pretty much equally, but when it comes down to it, I'm always going to have more fun in a racing game than a fighting game.
Click to expand...

I have to say, Hyrule Warriors. I did not expect to spend so much time with the game. It's probably my #1 most played game on my Wii U right now. That game is such a time sink, my god.
Give me a reason to give you it then.

It's a tie between MK8 and Smash Wii U.

But I'll go with MK8 for the online madness. xD 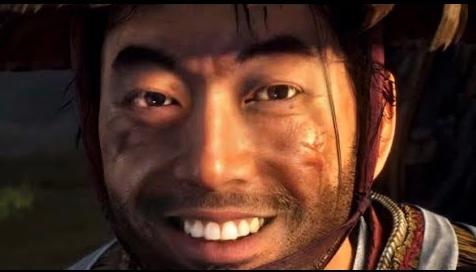 The only game I own from the list is Mario Kart 8, so it gets my vote. It's the kind of game that I can play over and over again. I also love being able to play with my 4 year old daughter, and she's able to keep up.

I only got my Wii U this year and only three games I own for it came out in 2014. All the rest of the games I got for it came for it earlier. That said, I having a hard time choosing between Smash Bros and Mario Kart 8. I had tons of fun with both of them.
M

SSBU and MK8 are both so incredible. I'm with SSBU though since it's has so much replay value and the sheer amount of gameplay modes blows the 3DS version out of the water.
Pokemon Shield.

I'd have to say my favorite was DKC TF. It was difficult and fun at the same time--something I don't experience often with video games! Smash 4 is also awesome, of course. But to me it was kind of just another Smash game... after a few days of playing I got bored of it. Same goes for Mario Kart 8. That said, both were still excellent installments to their respective series.

Smash Wii U. Granted it and Mario Kart 8 are the only Wii U games I bought this year.

Staff member
Super Mod
Probably Mario Kart 8, based purely on the amount of time I spent on it. Smash for Wii U was good, don't get me wrong, but after the 3DS Smash, it didn't have quite the novelty anymore. Bayonetta 2 is also a front-runner, which I just finished, but it's also a lot more stress-inducing with the masochistic requirements to get Pure Platinums everywhere.
SMod, One of the writers for the PotW, and someone you'll be hearing from often if you fail to read the rules

I think MK8 was the only Wii U game I got this year xD. It is very fun to play with family members, although, unlike MK Wii, I was not sitting on the sofa for hours a day trying to knock milliseconds off of my time trials. I might buy the DLC to see if it 're-attracts' me to the game again. I really loved how vibrant it was as well, and the soundtrack was stunning. However, next year looks great for the Wii U, with Zelda U (SO EXCITED), StarFox U and Xenoblade Chronicles X all coming out!

Hyrule Warriors. I think Hyrule warriors has a lot of replay value especially thanks to the DLC they are making for the game. One wouldn't simply beat the game in a couple of hours either. It would most likely take then a couple of months. The missions were long (and sometimes difficult),and the story was interesting to me, and plus I loved all the characters.