Yakuza 3 Remastered, just started this morning. I have Y4 and Y5's remasters lined up after this. Should take me until April to beat all three.
PSN /
No longer active here. ¯\_(ツ)_/¯

Red Dead Redemption. slowly getting a hand of the controls after being so used to Fallout 3/NV's.
"It's good to feel like I'm on two legs again."
Character Claim l Game Claim l Tumblr l Ao3​

Other than that, I've also been playing Minecraft with the GF, wanting to start a two-player adventure series with her if she's down for performing live with me lol

I've also been trying out various mobile games, cuz lets face it some of them aren't god-aweful and can be decently enjoyed while ignoring microtransactions. Personal favorite right now, Idle Champions of the Forgotten Realms.
===
| Twitch |
Pokemon and Variety Live Streams
===
​

Staff member
Moderator
I beat Star Wars Jedi Fallen Order. I enjoyed it. I unlocked all of the lightsaber upgrades. The game almost reminds me of the Uncharted games. It has platforming elements, and there's puzzles to solve.

The next game I shall work on beating is Dragon Ball Z Kakarot.

The Re:Mind DLC for Kingdom Hearts III featuring plenty of new hints and other tidbits for the future, plenty of ass-kickings from the Limitcut data bosses and plenty of fooling around with the Data Greetings.

Finished Y4, moving on to Yakuza 5. Still having fun with Kiryu's taxi sidestories, specifically the racing. I've already reached chapter 4 of his plot, so I'm taking my time before moving on to the next protagonist.
PSN /
No longer active here. ¯\_(ツ)_/¯

got Assassin's Creed Syndicate for free from epic so I've been starting that.
"It's good to feel like I'm on two legs again."
Character Claim l Game Claim l Tumblr l Ao3​

Just finished pokemon Sword, but there are like 2 dozen other pokemon i want to use.
Last edited: Feb 28, 2020 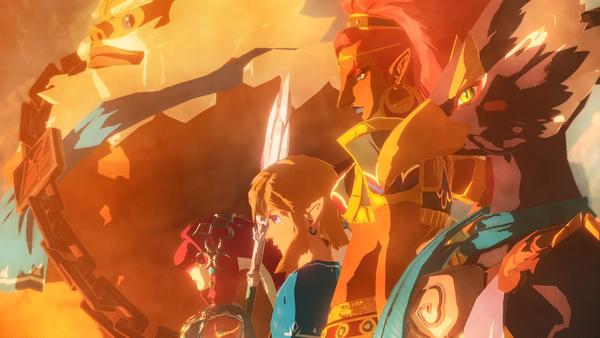 A NES game called Faxanadu. It's sort of like an early Metroidvania, or like Zelda II. I recommend it if you're into retro games.
​

NPC said:
A NES game called Faxanadu. It's sort of like an early Metroidvania, or like Zelda II. I recommend it if you're into retro games.
Click to expand...

Faxanadu is fantastic. The first Falcom game I ever played, even before I knew about Ys. I remember that I used to buy the Wing Boots in the shops just to see where I could get to with them.

I know this isn't technically a game, but a demo. But it's a demo of a game I plan on getting, so I figured this is better than making a whole new topic.

I just finished the FFVII Remake demo that was released recently (I still can't believe they're actually calling it Final Fantasy VII Remake; my one and only gripe). I enjoyed it. I will admit that I was at PAX, but I didn't play it there. There was an insane line for it, and they had other cool things set up, like the motorcycle and all sorts of other FFVII-related things. They didn't allow any pictures or footage of any of the screens though (probably for NDA reasons).

But the thing is, I'm kind of glad I didn't play it at PAX. The reason is because I probably wouldn't have been able to enjoy it as much as I can at home. So in a way, it was kind of for the best. I am aware that the demo has existed for quite awhile now (and that there might be slight differences in the final version; I personally know of one scene in the first area of the final version that's not in the demo), but now it's available on the Playstation Store, so anyone can get it and see how they've been doing on everything. Also this took so long to come out that we're close to the next console generation, which makes me wonder if the collective series of installments is going to cross over into the 9th console generation (where some installments might be on the PS5).

But yeah, I enjoyed it. Midgar looks really good, the remixed tracks are great, and the banter between Cloud and Barret is still really entertaining, and the story segments you do get have a few neat surprises. The visuals are really nice (such as being able to see the Materia attached to Cloud's weapon on his in-game model). So yeah, this is a really good first impression.
Last edited: Mar 9, 2020
Rules of fansites that everyone eventually learns:
01 - You can be right, or you can be happy.
47 - 'Fact-Checking' is a euphemism for stating a personal opinion.
48 - Debate sections prove that webmasters have a sense of humor.
49 - Putting a debate topic in a poll section proves that webmasters REALLY have a sense of humor.
66 - People will un-ironically defend bad business decisions, not just for the sake of being contrarian.

Making my way through Yakuza 6. I can't help but feel it's fairly easy? All bosses have only had 1 HP bar so far, whereas previous bosses have multiple bars. Gonna have to switch hard mode to challenge myself. At any rate, I'm at the start of chapter 8, just before Kiryu meets with Lo.
Last edited: Mar 25, 2020
PSN /
No longer active here. ¯\_(ツ)_/¯

changed a little in the past 2 weeks

Never beat Borderlands 3 but, just bought the DLC and planning on playing it before i do the Main Story.

Mystery Dungeon DX is easier than i remember so far, also.

PC: Fallout 3. got that Alton, Il mod just so I could have something to do on my main file. had to disable Charon using the console, though, since some mod bugged his script and it won't stop him following if I dismiss him.
Switch: Smite. got secret order Ullr, so I've just been messing around with him in training, when I don't have to be Arthur. I'd get back into pvp matches if I wasn't so worried about entitled idiots calling me out on my "oh so bad" Arthur strategy. you try combing when every ability takes a quarter of their mana, you don't even have gladiator's shield yet, and none of your team is doing anything to help chip damage. Arthur can't kill unless he combos.
"It's good to feel like I'm on two legs again."
Character Claim l Game Claim l Tumblr l Ao3​

IT HAS BEGUN EVERYONE

I have finally started playing Kingdom Hearts 3 for myself. I can't say much right now. I was only able to play a small amount. The beginning tutorial and a small portion of Olympus

Although I have to admit... IT LOOKS REALLY NICE.
PROUD Anti-Brony.
Wreck Everyone & Leave. The Roman Reigns (UNIVERSAL CHAMP) of the internet.