Staff member
Moderator
I finally got around to beating Shovel Knight.

What an amazing game! I'm always a sucker for 2D side-scrollers.

I really enjoyed this game. Honestly, I found it pretty challenging as well. I'm always down for a good challenge.

I've been on the beta for World of Warcraft: Shadowlands this last week or two. I still enjoy the game very much, so I've been excited to try it out. Now I look forward to the prepatch hopefully soon
On BackerKit now with more 5e D&D and Pathfinder monster content in Lands of Theia

I'll be completely honest... that didn't take as long as I was kind of hoping/thinking it would. Oh well I guess.

I finished Pokemon Sword & Isle of Armor to my liking. As far as my thoughts about it... well... pretty much the exact opposite of everyone else clearly. 9/10 the whiny baby complaints were utter BS nonsense. Was the story bad? Sure I guess. Though, IMO, it got DAMN good around endgame. Did some backgrounds and environments have PS2 like graphics? Yes. BUT EVERYTHING ELSE LOOKED AMAZING. Allow me to quote someone on GameFAQs I used to know that applies to this game as well. 'Story doesn't matter. Gameplay does' which pretty much describes Pokemon Sword/Shield TO A T. This was the most fun I've had playing a Pokemon game since probably X/Y. Much better than Alola/Gen 7 that it really wasn't even close for me at all.

But what the hell do I know?

Regardless I've started playing my first 'Tales of' game in OVER A DECADE. Tales of Berseria is first. I've got quite a few of those to play after recommendations got me back into this series. The last one I played was the Tales of Symphonia sequel that everyone hated (except me. AGAIN.) So am I worried? A little I guess. All I can do is try my best I suppose. 3 hours in... and GOOD GOD. THIS GAME. HOW DID I NOT KNOW ABOUT THIS ONE EITHER?!

It's just so damn good so far. I had trouble getting myself to stop playing it so I could go to bed. lol. HELP. I'M ENJOYING BEING A VILLAIN.
PROUD Anti-Brony.
Wreck Everyone & Leave. The Roman Reigns (UNIVERSAL CHAMP) of the internet.

Staff member
Moderator
Been playing What The Golf? lately and I love it. It's so funny and fun to play. Cannot recommend it more!

I bought Supreme Commander 2 several years ago on a Steam sale and could never play it due having a outdated PC. Now that I've got a better sale I figured why not give it a try.

So far I've only played several campaign and skirmish missions. It does run smoothly but visually the game doesn't look good on my 23 inch monitor. Mainly the because the colors appear diluted and noticeable pixels. Additionally since you can zoom out to see the whole battlefield all I see are giant colored blobs not knowing what anything is...
Pokemon MD: Rescue Team DX
Team North Star 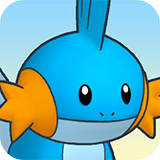 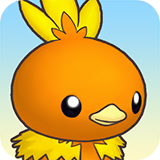 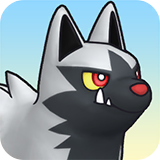 I currently play OverWatch, FIFA 20 and CSGO
I've been thinking about joining WoW classic as well. Does anyone have any suggestions about how to start?

Fallout 76 - Doing season 2 and trying to grind Daily Ops for the Sympo-matic, cause you can place it in your camp and cure diseases! And I'm running low on disease cures in my inventory...

Playing Destiny 2 rn. It's a really nice game, maybe someone wanna join? Contact me if anyone gets interested The graphics are pretty similar to warframe but warframe's lore cannot even relate to the destiny's one. The gameplay is very pleasant as well as the pvp. I hope someone gets interested You can also find some info about the game on lfcarry.com/blog/destiny-2-how-to-change-the-grandmaster-nightfall-activity-for-the-best. Maybe some guides, lore info, news and etc. Reach back to me pls

Fallout 76 is mostly for Daily/Weekly challenges at this point.

After I finished Tales of Berseria I stalled with Crown Tundra DLC from Pokemon Sword because I was worried by being worn out on the 'Tales of' series with another one being next. It only took me about 3 days to do everything in it that I wanted to do.

Admittedly though... Max Lair is as addicting as Among Us so I might still do that every once in awhile. If you want to do that with me badly enough... contact me either on the forums or Discord so we can set something up. I'm not against it even though I'm not the biggest fan of it either.

Either way I literally had nothing else better to do so I have officially started playing Tales of Zestiria. I was only able to play it for an hour though. I've heard this game is... bad. To put it nicely. But I tend to love the games that most others hate so I'm not all that worried. We'll see either way.
PROUD Anti-Brony.
Wreck Everyone & Leave. The Roman Reigns (UNIVERSAL CHAMP) of the internet.

A rotationing between playing Sword's crown tundra, animal crossing and Crash it's about time. Crash is fun and working on getting the gems as for animal crossing I've bought at least 22 pieces of candy for Halloween.

Just started replaying Trails of Cold Steel, since the fourth game just came out, so I'm replaying the entire series in one go. I meant to start earlier so that I would be on 3 or so when it actually released, but I got caught up in other stuff. I can't remember if this is my third or fourth playthrough of the first game, but my NG+ file has ~360 hours on it, so... I'm in for a long trip (admittedly, I do have a habit of getting distracted and leaving my games running while I'm doing something else, so I don't know how much actual playtime this is... but still).


The Mega Champion said:
Either way I literally had nothing else better to do so I have officially started playing Tales of Zestiria. I was only able to play it for an hour though. I've heard this game is... bad. To put it nicely. But I tend to love the games that most others hate so I'm not all that worried. We'll see either way.
Click to expand...

I actually like Zestiria, but more so for things like the characters and settings. It's fairly lousy gameplay-wise, imo. Like, the equipment system is massively convoluted and while there are some interesting aspects to the combat, if you aren't playing it the "right" way, it's a massive slog. And the postgame DLC takes away a bunch of your ability to do those "right" things, so that's something to look forward to if you do get it.

Final Fantasy XV. In fact, I've actually finished it on Halloween and I'm now checking out New Game+ and the DLC content.

Has it's fair share of flaws but I still enjoyed my time with it and the voice performances are some of the best I've heard for the franchise especially both Ray Chase as Noctis and Darin De Paul as Ardyn.

Staff member
Super Mod
So I just recently picked up Hades on a recommendation from a friend, and I am loving it. Fun Roguelike game, very fast paced, and the writing is excellent. Greek gods and escaping from hell may be themes that have been done a lot, but the tone is a nice mix of serious and sarcastic, so it manages to strike a balance that's not just doom and gloom.

I may have stayed up a bit later than I should on more than one occasion telling myself "One more run".
SMod, One of the writers for the PotW, and someone you'll be hearing from often if you fail to read the rules

One game I am currently playing on my Xbox One is Kingdom Hearts HD 1.5+2.5 ReMIX

OR I have to go to sea aka east of Lilycove, I don't like that part.

Also I am playing Mafia 1 classic. Good game but has combat problems and too much driving...

Staff member
Moderator
I've been playing Crisis Remastered on Xbox Series X. Graphically this game is mind blowing great. I remember playing this game on PC and pushing my PC to the limit. The ray tracing in this game is incredible.