What was your favorite 4th Gen game?

Mine personally was SS since you could interact with your pokemon

i like HG because i loved my team, and my 310 hours of progress, before i restarted.

Definitely Soul Silver, mainly due to the nostalgia, even if a lot of the nostalgic things were changed a little (such as difficulty in some areas like Ice Path). But even some of those nostalgic moments were updated/upgraded in a way that did please me, such as the battles with the Rocket Executives. What really did it in for me was having your Pokémon follow you. It makes me giddy every time I play it, because I get to see little sprites of my Pokémon walking and having a variety of emotions when you talk to them. It's adorable.
Winner of Best Non-Pokémon Fic of 2017 in the Shipping Oscars

SoulSilver is my favorite version overall alongside FireRed and BW2 comes in second.

I really like SoulSilver because Lugia is one of my favorite legendaries, and both HG/SS have an unique feature that any other version of the pokemon games just don't have, that's being able to get your pokemon walking by your side.
Also, because I enjoy all my encounters with Suicune before it let's me battle with it.
Last edited: Dec 3, 2012

Definitely the 2nd Gen remakes (HGSS.) They really gave a certain depth to the world you walked around that BW/BW2 just lacks, and I'm sincerely hoping they'll bring it back some way or another in potential future games.

No matter how much I play the current gen games, I'll always miss walking around with every Pokemon in the Dex. HGSS were by far the only set of games in which I intentionally avoided using the bike. They also tried to fix a lot of the problems that DPPT had with slowdown and battle lag, and while the games were still horrendously slow, I think they did a good job either way at being better overall. Soul Silver since it was a remake of Silver, and 2nd gen was my fave. (Until black/white 2 anyway)
Omega Ruby BQ

Which 4th gen game is the best? This generation had its fair share of both good and not very good games, so it’s not a hard decision. After playing them all, I know which game I like the best.

While I don’t dislike D/P at all, unlike what most people seem to do, Platinum is without any doubt a huge improvement. It didn’t have the small but sometimes annoying pet peeves of D/P or the horrible following Pokemon and non-existent training possibilities that HG/SS suffered from. Platinum re-introduced the Battle Frontier, something I and many other Emerald fans had missed in the first two 4th gen games. The story was improved, and the Pokedex got lots of well-needed additions. All of this and all the other things that were added makes Platinum one of the most epic Pokemon games ever.
September Blue, Thy sorrows be forgotten
October Auburn, Let this season pass
November Gray, Restore with thy rain
December White, Thy beauty ever last​
T

It was my first pokemon game, and I learned basically everything from it. Just me and my overleveled Empoleon and Staraptor, taking on everyone and utterly destroying them... Ahhhh.... Good times. I still have that very first save file for memories.

either Platinum or BW2. the little touches bw2 had were just lovely lol
L

HG/SS were my favorite by far. One of my favorite things about the game was having one of your Pokemon follow you. The touch screen usage was great, and personally I love the Johto region the most. Also, it has so many amazing Pokemon in it for you to catch.

HGSS. They greatly reinspired a long time favorite game of mine into something much better than the original, with Pokemon following you, a more expansive post game, and plenty of new surprises throughout the entire game.
M

PyrokidSosa said:
either Platinum or BW2. the little touches bw2 had were just lovely lol
Click to expand...


Anyway, Platinum. I didn't like SS much, and Platinum made D/P virtually unplayable.

It's not what I asked for
Sometimes life just slips in through a back door
And carves out a person, and makes you believe it's all true
And now I've got you​
A

The Sinnoh dex is a bit small (just counting the new pokemon), but I mostly like what there is of it, and I love the region and the game. I thoroughly enjoyed Diamond and Pearl, and Platinum is just that much better.
P 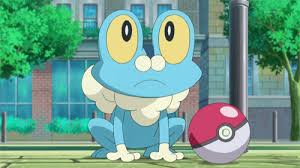 Mine is Platinum. I liked the evolutions of the previous Pokemon, and I prefer its story line over DP's. SS was also okay, but I'm just not a big fan.

GET TO DEL TACO

Platinum is my all time favorite, it had the best storyline IMO, but HG/SS were good too, with the aftergame in the Kanto region. Definately Platinum though. nostalgia ~