What would you do if pokemon didn't exist?

"What if"s question are always hard to answer. One could argue that without Pokemon, there could be another franchise similar to Pokemon.

I would probably have a better social life considering Pokémon forums began to completely consume my life starting in seventh grade.
And I probably wouldn't be such a dedicated Nintendo fanboy without Pokémon, meaning I would have—probably—never played some of the franchises I love like The Legend of Zelda, Mario Kart, etc.

Oh, and I probably would have been obsessed with Legos a lot longer than I was considering all of my free time prior to discovering Pokémon consisted of me playing with my Bionicles and Legos.
C

I probably wouldn't be as obsessed with video games as I am now, and my fandom life would be entirely consumed about Owl City stuff, instead of both Owl City AND Pokémon stuff... X3 I probably wouldn't care about getting a 3DS at all (I REALLY want one, but I am not sure if that will happen or not... for now I will just have to be content with my DSi I guess...) And I obviously wouldn't have all of my Pokémon stuff and wouldn't have as many amazing DS games to play... I wouldn't care about anime or manga at all... and a bunch of other stuff I am probably just not thinking about at the moment! XD
Reality is a lovely place, but I wouldn't wanna live there... ~ The Real World by Owl City​
I

We would all just obsess over something else...
Too uncreative to make a new sig...

If pokemon never existed, I would be dead. I have so many friends on here I never would've met if this website never existed... I can't imagine life without pokemon, and this website.
04/03/2020

Rest in Peace Mom. I love you. You were the most kind, caring and selfless person I ever met.
G

^Same with the guitar. Be a pathetic COD fanboy

I'd probably be dead, out of boredom. I don't play much else, although I guess I would probably be way more into legos and minecraft.

Pokemon not exist, perish the thought.

I'd spend more time with my second favorite anime, My Little Pony Friendship is Magic (MLPFM) and playing survival and farming games.
You're Shemazing!
M

If it didn't exist, Digimon would've been so much more successful than what it is today, or atleast any franchise that is somewhat comparable to Pokemon. Sayin this, I'd probably be a Digimon fanboy.

Other than that, I'd probably be one of those obsessed CoD players that plays around 7-8 hours everyday. I do play CoD right now, but probably around an hour or two a day.

Another franchise that I'd be obsessed about would be the Dragon Quest games. I have to admit it, I freaking love the DQ games. However, I just feel like there's something to it that once you beat the games, there's nothing to do. Pokemon on the otherhand has competitive battles, shiny pokemon to hunt, and a full pokedex to complete. I mean, Dragon Quest Monsters Joker was kinda like pokemon, where you could battle people over WiFi, but other than that, once you beat it, you're done with the game.

Probably would have attempted to hang out with the neighborhood kids at the time (who were terrible influences). I'd also probably not be a gamer. Pokemon is the only universe that has constantly held my interest. I basically grew up on Pokemon forums, and I got my debating skills from the debate forums. So I guess I wouldn't be as mentally sharp.

Want someone to review your fanfiction? Wish granted. I accept fanfiction review requests so just PM me!
​
D

Another one of these threads?

Assuming there isn't anything like Pokémon, I'll be playing Mario, Kirby, and watching a lot more Animé. Then I would not exist, because I am Mew, a Pokemon.

Well, if that happened, I would not be on this Forum and I would have 60 (With the current statistics of the Friends List) less friends. I would lose one interest, but one could argue that I would gain another one.
​
G

I'd be in another fandom and I'd probably be a worse artist than I already amin case you didn't know Pokémon got me into drawing in the first place.

If Pokémon didn't exist I'd probably be commited into my other favourite franchises like Sonic and Mario, because they are as of now my 2nd and 3rd favourite video game franchises.
Last edited: Jul 27, 2013
S 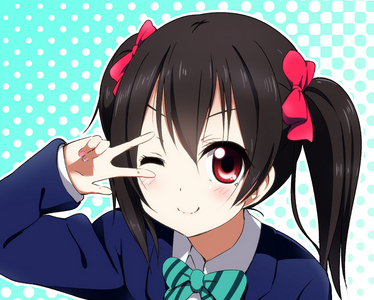 I'd porbablyjust play other games o.o. And spensing more time writing my stories drawing and watching tv. Not much change.