What's the one attainable thing you want the most involving Pokemon? Your ultimate dream item that you'd pay anything for or spend 1000s of hours grinding for if time/money wasnt a factor?

Could be game related (A living Dex? A certian Shiny? A shiny living dex?)
Anime related (Autographs from the Voices? A complete collection of the whole series?)
TCG related (First edition Charizard card? One of every single pokemon ever?)
Merch related (A certian exclusive plush? A vintage figure lost to time?)

Who knows, maybe someone here will know just where to get exactly what youre looking for!
B

There was a statue of Jirarudan that was apparently at the second movie premere and I want that. It was probably destroyed years ago but if it still exists, I want it.
The world's greatest collector

as drawn by Yoru Ryu
Fancy Jirarudan too? Then you'll enjoy my fic Obsession! (Chapter 33 posted 11th Nov 2020!)
It's got its own TV Tropes page!
Check out some of my other fics!
Answering Machine, winner of Most Heartbreaking Scene 2013 and Best Fanfic Kumoricon 2019!
Heart Like A Stone, winner of Most Heartbreaking Fic and 3rd place Best Canon Character-Centric 2014!
Solar System, 4th place, Villainous Intent!
In Vino Veritas, Best Fanfic Kumoricon 2018!
​

I guess for me it' my Shiny Venusaur. It was my first Shiny and is one of the many reason it's my favorite Pokemon.

The existence of Mega Pinsir - I was waiting for that or something similar since about 1999. I suppose my runner-up would be a UK-based region.

Seeing a Sinnoh remake. It'd honestly feel good seeing how much both me and the franchise have developed

I want to see how Red, Green, Blue and Yellow from the Pokemon Adventures manga grow up as adults together. I'm talking about what their plans are for the future, how many of their friends have grown up, have they been in touch or have they've been out of touch because of other priorities as an adult, what careers do they plan on having (since Pokemon Champion and Gym Leaders seem to be more of a side-job than a main one, I can see all of them being Pokemon Professors to be honest), heck does Red marry Yellow, they aren't like ten-year old Ash and Serena or whatever, they're adults as of now and I feel like Pokemon fans want to see how Red and the gang progress adulthood, the ORAS cameos not really doing a good job on that. I suppose I ask this question because I have noticed an increasing trend of many many characters in manga, anime and games growing up as adults, the most famous and recent example I can think of is how the Naruto series begun and ended, the protagonist starting out as an orphaned troublemaker to a mature married adult in charge of an entire settlement. Maybe I should make a thread out of this, I feel like a lot of people who grew up with the series as children and are now fully grown adults who are starting to have children of their own could relate to this honestly not so far-off idea. 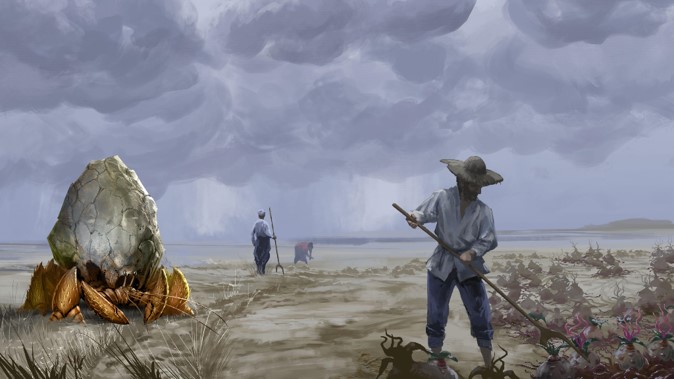 This is like, my third post in forever, and I feel like if I mention Abra again, it's going to leave some kind of weird impression of me, but... I've always wanted an Abra plushie, and apparently they recently made one, and evidently it's available at Target. Unfortunately, I'm afraid it might be too late to try getting one now... ;_; 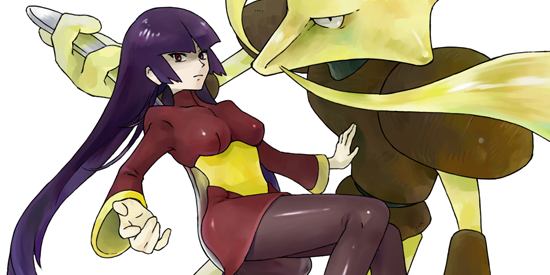 "Everyone has psychic power! People just don't realize it!"​

The ARTFX Kotobukiya Touko statue. I ALMOST had it, but for some reason waited to get it and... it sold. It was at a good price too. I love her design as a trainer. She's honestly my favorite protagonist design.

Fire and Lightning Race Across the Heavens​

For me, its always old, obscure magazines and things. Reviews and previews from Generation 1 and 2, old fanzines and kid magazines. I like looking back on the early days of the franchise when there was so much less access to information so it was rife with speculation, unofficial art and dumb rumours. It always gives me a nostslgia kick.

On a similar note, anything from development. I'd love to get my hands on the original Capsule Monsters documents, and any time we see stuff like the Tajiri manga and the GS Beta leak, thats right up my street.
I do a little monster-by-monster podcast, Luke Loves Pokémon. Check it out: twitter soundcloud and iTunes!

I've also been doing some dumb Youtube videos of myself trying Pokémon snacks here in Japan.

I've always wanted the full set of Gen I Takara Tomy figurines, by which I mean the first edition ones, not the newer common ones. I have almost ten of the figures, but I doubt I'll ever have the whole collection.

It would be a Pokémon RPG/Sandbox style game. If not, it would be to have every game and every Pokémon related system still in box.
Go watch my stuff please.

Have a pokemon card for each pokemon to fill my binders, which I know isn't too hard to do but I've been working on it for a few years now by just buying dollarama packs of 5 cards or so. Soon I'll have to make a list and actually go into a card shop to get the ones I need, but I feel like it's slightly cheating so I'll wait for that when I get stuck towards the end.

A full set of the base set cards. I had it but then unfortunately lost it.
I'd also love to have all the ARTFX figures, too bad they never released them outside of Japan. 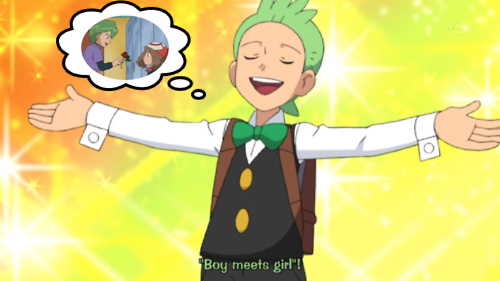