Which of Ash's pokemon team was close to perfect?

Its a hard question. But if I had to choose one, I'd pick the Kanto BF team.
P

IMO, his DP team
If you think the Sinnoh saga has been the best saga of the whole show, copy and paste this into your signature! (started by FlameRose)
If you want TORTERRA to make the best ever comeback in Isshu, copy this and paste it in your Sig!(Started by dragonpsychicrules) ​

(P.O.K.E.M.O.N.) said:
once again we talk about the most overrated pokemon since charazard he's mighty name is SCEPTILE

This isn't about Sceptile lol can u not read the the topic.It says Which of Ash's pokemon team was close to perfect so u see the only one talking about Sceptile is you You really hate Hoenn that much don't you haha.

Hoenn, definitely. Every team but Hoenn had flaws.

None of Ash's teams were close to perfect. There was always something either wrong with Ash's sixth pokemon or was that he didn't train them.

Its laughable that some people are acting like Corphish was like Totodile. Corphish had more on-screen wins than Squirtle did, and probably more than Buizel too for that matter.
D

hol123 said:
Hoenn, definitely. Every team but Hoenn had flaws.
Click to expand...

You speak the truth amen
S

Though it's my least favourite team, character wise, I'd have to say the closest to perfect would be Hoenn. If only for the fact that they got more chance to strut their stuff in the Hoenn league on their own. But none of Ash's teams are perfect...


hol123 said:
Hoenn, definitely. Every team but Hoenn had flaws.
Click to expand...

Nothing is perfect. Also Torkoal up until Registeel, Taillow before it evolved, and late capture and crap paced Snorunt evolution say hi.


CyberCubed said:
Its laughable that some people are acting like Corphish was like Totodile. Corphish had more on-screen wins than Squirtle did, and probably more than Buizel too for that matter.
Click to expand...

I agree it's stupid that people are acting as though Corphish was ignored, but he did get more time and opportunity to battle which explains his larger amount of wins. Same goes for the "Big 3" of AG in general really...

XxEpicsxX;13819298 said:
Everything's possible, but that doesn't make it likely.
Click to expand...

^What PAD needs to learn

None, I actually believe you can't have a so called "perfect team" because in a way it downgrades other pokemon's efforts, at least imo.
T

It did exactly what the Johto team could do without reserves to back them up, as well as give the Frontier Brains a run for their money. Sinnoh is second, but with only one full battle to judge them on, I can't really say too much, though it is rather obvious they are a powerhouse team.
L

It's a tie between Kanto and Sinnoh. Those two are better than hoenn. I felt like really that whole team revolved around Sceptile because he was way stronger than the others in that team. Kanto is the all-round best team including some of those orange island pokes. Hoenn and Johto teams felt really weak until the Battle Frontier and some of the Kanto pokemon were being used again
The Unstoppable Force 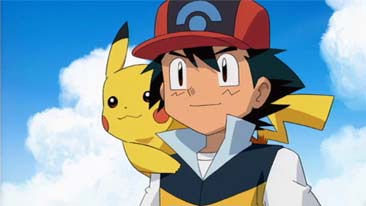 luckyumbreon said:
It's a tie between Kanto and Sinnoh. Those two are better than hoenn. I felt like really that whole team revolved around Sceptile because he was way stronger than the others in that team. Kanto is the all-round best team including some of those orange island pokes. Hoenn and Johto teams felt really weak until the Battle Frontier and some of the Kanto pokemon were being used again
Click to expand...

Hoenn revolved around Sceptile? No offense, but I think you might be confusing that with Sinnoh and Infernape.

Hoenn/BF actually had the most equal screentime/development between all the pokemon this time around. Sceptile, Swellow, and Corphish were known as the "Big 3" in AG, Glalie dominated the Hoenn league and has never "lost" a match. Pikachu obviously did great and during the BF and Phanpy evolved into Donphan and had some screentime as well. Torkoal was the only pokemon that didn't have the best screentime but it even got to battle a legendary at the end of AG.

As for Sinnoh, it was a great team. It's a really, really, really close second favorite behind AG but a lot of the screentime went to Infernape (which I personally didn't mind but a lot of people did mind). And during the league, Pikachu, Gliscor, and Infernape dominated the Paul match which again, I personally was okay with, but other people definitely complained about that.

That's why despite how awesome the Sinnoh team was, I lean towards AG being the "perfect" team because of the balance it had.

Now no team is really perfect (hence why I had perfect in quotes up above). That's why my first post here said Ash combined AG with DP since both teams had awesome components to them. Infernape and Gliscor from DP with Sceptile, Swellow, and Corphish from AG, plus Pikachu. That's a great team there and those were some of the pokemon that made me enjoy seeing AG and DP.
Last edited: Oct 14, 2010
F

(P.O.K.E.M.O.N.) said:
i hate the hoenn region because ash had no rival may hogged the spotlight to much and the league was horrible little no no reserves used and sceptile was praised because the rest of his team other then pikachu were completely useless and weak
Click to expand...

god please dont bring that **** into this thread, u said sceptile was terrible in the other thread, yet you didnt prove anything when i quoted u, now u come in here calling his ENTIRE hoenn team useless besides pikachu and u wont even give reasons either, stfu ffs.

TsukiMirage;12813245 said:
They do work FOR the Marines, supplying intelligence to them and acting as guards for the Gate of Justice. Heck, if they didn't work for the Marines, why would Aokiji give them the power to order a Buster Call? He just hands that power out to random people?
Click to expand...

this guy thinks CP9 works for the marines

I'm convinced P.o.k.e.m.o.n. is a troll. Nobody can be that obsessive against Ash's Pokemon, especially the ones that got the best screentime in their regions like Infernape and Sceptile.

1)This is more of a poll than anything else.
2)Pitting Ash's Pokemon against each other like this only causes flaming as people claim that their favorite region the team from their favorite region was the best, and get offended when others think differently. It also opens up bashing of Ash's Johto Pokemon the Pokemon people think were weak.
Last.fm
~~~