Which of ash's rivals do you think had a great part in the anime?

Paul vs Ash was always great because they were both so confident and competitive, so i would say paul

who do you think was the best rival?
Happiny is awesome

Paul, by a country mile. The only thing about their rivalry which just didn't satisfy me was Paul's Sinnoh League team, and the fact that Infernape got one victory too many in the battle.

Gary was fun but definitely reeks more of the Kanto era writing. He always felt like more of a caricature than a character, and his development was pretty lacking. He worked as a rival for Kanto-Ash, but he wouldn't do the job nowadays.

Barry was a good laugh, but he drew the short straw in terms of being a true rival. He was a fine addition, but having Paul eliminate him in the end was a smart move because Ash beating him again would have meant very little by that point. Conway was a far tougher opponent.

I'm reserving judgment on Trip until we really know where things are going with him. He was really underwhelming as a character at first and in his first couple of appearances he was overpowered, but nowadays I do look forward to seeing him again when he shows up, because we at least get some good battles out of him. Paul was just a hell of a tough act to follow- as far as I'm concerned Paul was one of the series' best original creations and I wish there was a rival akin to him in the games.
A

I still like Gary. His role was to push Ash without needing to be in every 10'th episode to do it. It had a more natural feel (to me anyway), both are traveling the world in different ways (heck Gary has a car) so its more real that they wouldn't see each other every city (especially since Gary went places Ash never did).

Paul by far was the best rival of Ash's. 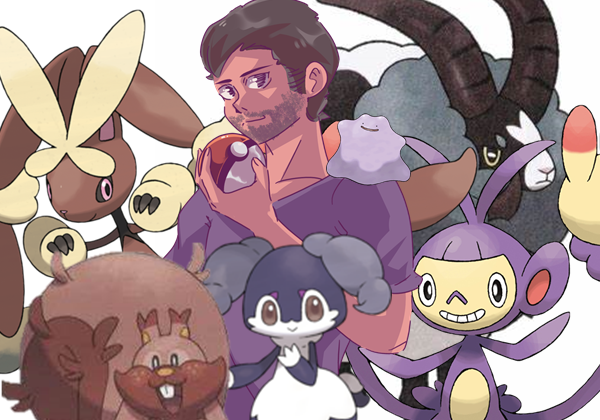 "History is a nightmare from which I am trying to awake."​
S

Both Gary and Paul were great

Gary, without a doubt.

He's so funny, with his cheerleaders, ten badges and limousine, but he can still be a serious opponent, beating Ash with his Eevee and battling with Ash in the Jotho League (which was an awesome battle).

Well, Gary was so classic with his car and cheerleaders. He reminds me of that one kid that you really wanna hate. But Paul was a huge jerk, I mean, he would put Silver to shame. His poor Pokemon! However, he was not lacking in skills. But I would say Gary, because his immature jerkyness far outmatches Paul's I'm-so-serious-I-gotta-be-the-best- so-frowny-train-train-train personality.

Yeah yeah, we get it! I think that if there was a choice of more main rivals, I would actually like them. But since most of them are arrogant dudes, I'm only gravitating towards Trip so far. He is the only one who looks like he has some order for himself.

Paul was the best rival, enough said, Trip can never stand up to him...

If you badly want the Team Plasma episodes to air soon, please put this in your signature.

Paul had more experience than Trip but yet again so did Ash.

The end of an era

paul or gary
not sure about trip yet but seems ok. he isnt mean but he isnt nice. so far all i can see from him, is that he wants to be strong. (kind of reminds me of Cheren?)
M

Barry. The perfect comic relief. Need I say more?
Trip is the best. No HUGE BICKER HATE rivalry, like Paul's and Gary's. He loves his Pokemon (not in an obvious manner, but he does) and he has this relationship with Ash that I smile at. It may not look like it, but Trip is pretty much encouraging Ash to improve. He chose the epical Snivy too, and that also makes him great...
Last edited: Jan 17, 2012
[img139]http://i.imgur.com/4Gisy0X.png[/img139]
FF.N★ Author Profile ★dA★ MAL★tumblr★writing blog​
S

Paul
Paul is the only rival that has really made an impact on Ash. He's the only one that was really developed throughout the series and made Ash develop aswell. His battles with Ash were always great and his interactions with him were awesome.


Gary was kind of a joke. Aside from some childish teasing, he didn't made an impact on Ash. He only had 2 battles with Ash (one was meh and the other was only good). He was pretty much erased from existence in Johto and that greatly affected the way he was developing.

Barry/Bianca are lovable and funny rivals, but that's it. Love them and their episodes though.

The other rivals are great, but no one can come close to Paul.
A

Paul by far.
Gary is second.