Who has actually encoutered a shiny pokemon asides the freebies in games?

I've encountered a shiny Graveler and a Rhydon in Crystal, a Zubat and a Ponyta in Diamond, and a Minccino in White 2.
A loyal servant of Albert Wesker, and the master of sandviches.
No, not Jill sandviches. Sorry.

Well, back when the stars aligned into the shapes of Nut Bars and the planets became one, I encountered a good few shinies on some of my ancient and otherwise deleted save files back in Gen III. Thanks to my infallible photographic memory, I can still tell you which ones they where and exactly where I caught them, so my only regret is having been stupid enough to delete them in the first place.

- Back on Leafgreen, I encountered a shiny Slowpoke on the south portion of Six Island, and to my recollection it either evolved into a Slowbro later on or fainted during the encounter.
- I encountered at least three on Emerald, but they were all on seperate save files. One was a Zubat, the other a Tentacool, and the last was a Banette. I still have the last one in theory, but I can't transfer it since I lost the original cartridge nearly four years ago, and the battery's probably dead by now. If I can just find where that cart went, I can get all of my cool stuff back.

As for my current experience with the Shiny Charm, I've been trying to hatch a shiny Poochyena, but to no avail. I hear from a greater authority that a minimum of 200 eggs should give me a fighting chance, but I don't even have the patience to hatch 80 in one day. Out of all my years of playing Pokemon, not once have I ever randomly encountered a shiny. 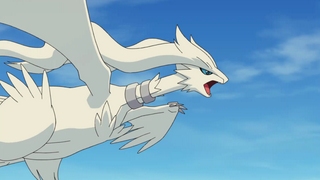 I have found a Shiny... after waiting six years.
I guess it was just becoming inevitable, and that was why I found it. My luck is strange that way.
I haven’t touched this in six years. If I’m on, I probably need something specific that I can’t just get easily.

Sorry for acting like a dork as a teenager.

one, only one a shiny Seviper in white. i was over the moon.

I found a shiny Poliwag in HeartGold and a shiny Patrat in Black. No hacking or RNG.
L

May the odds be EVER in your favor
Credit to Eeveelover824 for this sig and credit to RondezView for the pink pikachu
If you are a true Swiftie (a Taylor Swift fan) like me and not scared to show it, "Drop Everything Now" and copy and paste in your signature.​
K

I only have a shiny Geodude in Platinum.
M

Millions of people have. They're not super rare if you know what you're doing.
Mine is an unchanging love, higher than the heights above, deeper than the depths beneath, free and faithful, strong as death.


I choose my words carefully, but they may still hurt someone accidentally...


And, look you, there is nothing in this thing of learning out of books. Here, here and here (pointing to his ear, his head and his heart) is your school. If everything is right there, then take your pen and down with it; afterward ask the opinion of a man who knows his business.

Images removed for making the signature too tall.

That's it, I guess.
I KNOW THAT IT'S NOT RAINING BECAUSE I'M A BANQUET FOR THE EARTHWORMS BURIED IN MY SKIN
FOR THE MAGGOTS DWELLING DEEP WITHIN​
T

When I played my first pokemon game(Pearl), I was training my Piplup as soon as I found a shiny Starly level 3. I thought my DS was broken or having weird glitches and I was afraid that the coloring was getting broken so I quickly turned the game off. I forgot to save. Anyways, I learned my lesson.... LOL that was depressing when I found out it was just a shiny....

Rhyhorn at Pokemon Safari in FireRed

Tentacool at Route 199 in Emerald (while looking for a Feebas. It was worth as much as a Feebas!)

Voltorb at Power Plant in FireRed

Shiny Drowzee in Silver or Crystal, Shiny Banette in Sapphire, Shiny Shellder in Soul Silver. Shellder was the only one that I knew what a Shiny was when I hatched it (wasn't even trying for a shiny).
Game: Soul Silver
Name: Agent X
FC: 3955-1298-0022

- Shiny Zubat in Sapphire
- Shiny Golbat in Heart Gold
Click on these Pokémon to make them happy and healthy!:

I have encountered two by chance. A linoone in Sapphire (Orange) and a golbat in Diamond (Brownie).

I think I gave the linoone away. The golbat, I believe I still have.

All fear the vampiric ghost skeletal uber mr. mime caterpie!​
Thank you Satomine Night for the awesome banner, and Mechadragon X for the sprite in it!
​
pwn'd​
A

I have a shiny Sewaddle and a shiny Koffing (both W2)