Why didn't Best Wishes use Hilda?

Because the stars weren't right for such qt 3.14. CyberCubed said:
So if this is the case how do you feel about Serena? Even ignoring her lack of a goal, her personality is just to be Ash's girlfriend.
Click to expand...

If she had a goal I wouldn't mind the girlfriend stuff because it is natural for her to have a crush. Unfortunately, Serena reminds me a lot of Tea from Yugioh and to some extent Sakura from Naruto. You know, characters who are intelligent and can do something but instead are relegated to blushing and blindly standing by their man who isn't really their man. When you consider 20 years ago we had a Pokegirl who had no problem stepping up to Ash and now we have a submissive blush fest, it really makes you wonder, especially since that character is popular.

However, there is still time and hope for Serena. She has pondered what her goal will be, so I am hoping she comes up with something before the season finale.

@Pokeshipper9000: I always thought togepi weighed Misty down, but to each his own.
Last edited: May 8, 2014 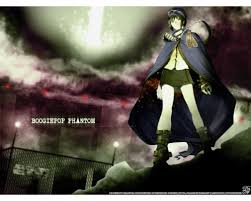 Nacreous said:
Because she was white trash.
Click to expand...

your rasist keep it to your self
iris : such a egg badges : Hana Badge.
I keep my friend in my heart as close as gold when my soul truns silver and my memories are alway black and white i love everone xtraspecial my road was platuim and sappirie and voloconos were fire red grass leafgreen
F

Nacreous said:
Because she was white trash.
Click to expand...

your rasist keep it to your self
iris : such a egg badges : Hana Badge.
I keep my friend in my heart as close as gold when my soul truns silver and my memories are alway black and white i love everone xtraspecial my road was platuim and sappirie and voloconos were fire red grass leafgreen

fenniken said:
your rasist keep it to your self
Click to expand...

Just ignore them, they tend to get distracted and wander off after a while.

As for Hilda being used in BW, I don't know what kind of decision that would've turned out to be, since she was a blank slate. While she could've been nice and peaceful like Serena, she could've just as well been Iris with a different design.

Dwail8023 said:
That's not a fact: that's an opinion, just like all of our statements are. I don't call what happened to Ash later on maturation overall: I call it losing your ability to express a variety of emotions barring happiness or battle hungry antics most of the time. Sure, it's less prominent in the XY Series than it was, say...DP...but I definitely prefer the way Ash was in the older series to the way he's been since the DP series. I prefer a kid acting like a kid rather than a guy who's cool and badass, unlike most-- very unpopular opinion in this fandom, but it's just how I feel.

I'm not denying that happened in BW: I'm not happy about it, but I haven't like the direction they've taken with the character in general as time as progressed.

Satoshi's age is 10 only when he is in OS and BW. His age was never mentioned definitely in XY and may be in AG and DP if I remember correctly. Also, he is not acting like a 10 year old kid especially in XY. So do not assume everything for granted please.

Back to the topic, I think the writers want a fresh companion team since we have Haruka and Hikari in AG and DP respectively. Also trying to break the trend that every saga except the original series must have a female player character. The introduction of Dent and Iris are good, I enjoyed the fight between Lizardon and Kairyu as these are awesome.
You must log in or register to reply here.
Share:
Facebook Twitter Reddit Pinterest Tumblr WhatsApp Email Link
Top