In the games, you can fight the Sinnoh Champion Cynthia. Should she appear to Ash and co.? Perhaps showcase Wargle or Shibirudon? Or should she just stay in Sinnoh?
"There is a darkness in all men. It's what makes us men." -Erevis Cale


Tri hawk;9396967 said:
According to previous records, Nintendo has yet to find Canada on the map.
Click to expand...

If she does go to Isshu, I feel like it should be for a Shinora/Adeku face off. There's no better way to showcase a Champion like battling another Champion (especially considering Cynthia's had an extensive background in the anime, as opposed to 2-3 episode showings for other Champions.
.

I could see her making a cameo based solely off the fact that she appears in the games.

If they took an episode to cameo Jasmine for the same reason, then they will probably do the same for Cynthia.

A battle with Ash would be greatly appreciated.

Cynthia was already a popular character back in Sinnoh. Now that she's in the games, it's a great way of marketing if the writers give her a few cameo episodes. We all know that the writers are whores for money, so it is very likely that we would see Cynthia in Isshu.
"Your signature was too epic! My epeen couldn't handle its epicness" - so called half-arsed mod (they know who they are)
S

Sure Wallace was shown in Sinnoh, so why not Cynthia in Issuh

only reason i could see for them not to put cynthia in is, the hole idea that this is a "reboot" and isnt gonna have old stuff in it. that said, i cant see why not to have her, especially if its to showcase how strong ash has gotten, or how strong the isshu region champion is. its really here and there. maybe we can witness cynthia and either the black/white trainer battling at some point and ash will mention he knows her.
said a 31 year old married guy who works at a car wash, and has been soft reseting for a shiny mudkip since january 2015.
P

Since the writers gave Jasmine a cameo because she was in D/P/P that means they may give Cynthia one because she is in B/W.

however, that doesn't meant they will.

If she does appear in a cameo I imagine that she will be battling either Adeku or Ash.

I don't use "uber" Pokemon , I don't calculate stat values, I don't use cheating devices, I don't breed my way to perfection, and I don't care about natures. I catch my Pokemon the way they are, and treat them like individuals instead of brainless drones. If you use this philosophy, copy & paste this into your signature. (Started by Tyranitar)​
U

Heck yeah she should.
"When I am dead and have passed onto the next world, I want you to lower me from these gallows and....KISS MY HAIRY BUTTOCKS!"- Chris Farley Almost Heroes
I

I would greatly appreciate it if Cynthia would come to Isshu and have a battle with Ash (ideally with his Sinnoh team, but any team is fine). It certainly seemed like the writers were building towards Ash and Cynthia having a battle at some point in Sinnoh but it never happened. I wasn't all that surprised because Ash never battles the Champion, but I had to wonder why they even threw those hints in the first place because they never do that either. Then when Black and White came out I heard that Cynthia appears in the games, and my first thought was that the writers must have known that and that was their plan all along, to have Cynthia reappear in Best Wishes and have Ash battle her. If they do do that, I will be gratified.

Id love it if Cynthia were to be shown, as she does appear in the BW. Same goes for Looker too.

Even though those may say its a 'reboot', let it be that title for a few years till we get up to the peak of the who BW plot, and we might have Cynthia appear with no worries.

Man would I love it if Cynthia appeared in the new region, she was one of my favorite characters. Her having a battle with Ash, even if he looses would be so awesome, so I'm hopping this happens.
A close family member of mine died today, I put this in my sign as respect for him

I would love to see Cynthia in Isshu, even if it was only one episode. It would be nice if she and Ash had a battle, since the writers kept hinting at one in DP but sadly it never happened.
Reddit|Twitter|YouTube

I would like Cynthia to appear, she did impact the series the most out of the other champions imo. I do hope she gives Ash a battle, since we've seen Paul attempt and fail against her. 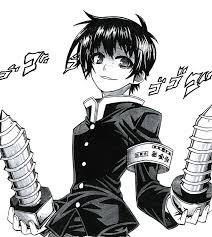 [Once again I couldn't win]​
J

I would absolutely love for her to be seen in Isshu. A full battle against Adeku? That would be epic. But I'll settle for a cameo too.
"There is a darkness in all men. It's what makes us men." -Erevis Cale


Tri hawk;9396967 said:
According to previous records, Nintendo has yet to find Canada on the map.
Click to expand...

Yes, if she has a good battle with Ash, then it would be pretty cool I guess.

Cynthia only big role in Sinnoh was helping to stop Team Galactic that was about it,she never had a major role that much in the DP series,most of the time she was seen was cameos and she was at the Sinnoh League which makes sense since she is the Pokemon league champion,Cynthia wasn't that popular in the show but she was close to it and she was a minor character not a major one,since the BW series is a reboot of the show, she will only have a minor role not a major one are she might get a cameo that is about it.
A

No. I think it's pretty impossible that Ash will battle her even if he will win the league. I don't see what's the point of bringning her back without she'll actually fight vs Ash. I prefer him to battle Adeku.

Wobbuffet and his trainer.(credit: Serebii.net)​

I always wanted Lance to come to Isshu more, but Cynthia will also be cool.