MrSkopelos27 said:
Ok thx for everyone... Now 2 more question
Whats a Uber pokemon?
What does DW mean?
Click to expand...

Uber Pokemon- Pokemon that are mainly banned from most competitive play (expect from matches using only ubers), Pokemon in this group include Mewtwo and Arceus

Uber is one of the tiers pokemon are divided into for competitive battling, along with overused (OU), underused (UU) and never used (NU). It is the heighest tier for pokemon that are deemed too strong to use in most battles.

Most of Nintendo Products are intended for the family to enjoy. Nintendo is the oldest game console Manufacturer still around. I'm counting some of older products too. They used to make Cards.

The actual Criteria that the ESRB (Not Nintendo) uses to rate games haven't been available to the public. Being a Game Developer does get you some of that access. Basicly look at the content Descriptors and avoid adding them. I should point out that ESRB rating are optional on PC software and clearly not on Homebrew.

Since this is not about Pokemon, or barely is Pokemon related. Shutting
Twitter Mike Sharpe Writer Facebook Gaming Scrapbook

You want a moveset?

your main weapon is flail, combined with focus sash, it has 200 BP, Tacke is just for "normal" damage, Bounce is coverage for grass type and you're not walled by ghost type, splash if you can stall turns and end up struggle-ing.

If you go to the lake of rage you should find Magikarps that are high leveled with Splash, Tackle and Flail.40 is as high as they get.
Anyway, I think Wobbuffet doesn't get enough love.He is AWESOME.
But you have to admit, for a part-time Nazi 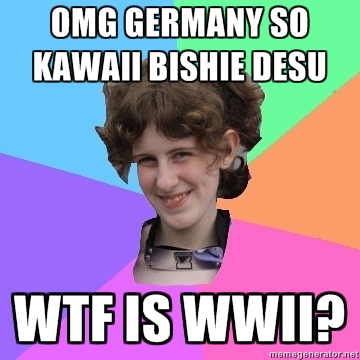 hey guys this is a MAJOR shiny update!!

i just got a shiny sandshrew in the goldenrod gamecorner in 263 SRs!! (or 1315 if you take the 5 sandshrews individually)
im having a LOT of luck these days!! 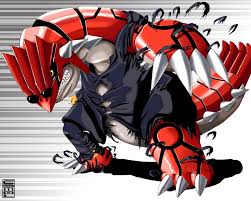 DrakoKnight15 said:
I've tried the club forum, this just seems a bit more of an appropriate place to post this. Back on topic, can any of you come up with a decent moveset for the following pokemon:

Oh, and as a challenge, what do you guys think is the best attack strategy for magikarp?
Click to expand...

but its a club

Loving the weak Pokémon is overrated.

they sneak stuff in still

that rich boy and his 7 maids in platinum.

Hey guys. Haven't been doing much with Pokemon in the past few days, but decided to come see what's up.

congrats to everyone on their new shinies! That's way awesome, seems like we're getting luckier lately, lol.

I'm *still* stockpiling eggs since I had more breeding requests and was busy the past few days (and playing other video games, lol). But I should be starting to hatch this evening if all goes well.

But The guy who traded me the shiny Cofagrigus also traded me the event shiny legendary dogs. So they're now a part of my collection... I think it's seriously time for me to make a graph for my signature.
2895-6452-8637
I'm a female.

I get it, jonman721! yes it's a club however this is a forum topic in general, i'm not asking people to join a clan, i made this topic so that people can share their views on ¨weak¨ pokemon!!!
The Official Durant Claimer of SPPF forums!
If you believe in Jesus Christ put this in your profile and don't just ignore this, because in the Bible it says, ‘If you deny me, I will deny you in front of my Father in the gates of Heaven.’

Some info about me:
I play 5th gen only at the moment, and prefer lower tiers.For OU I usually use mixed tier, or a gen 4 ou team, due to the fact I don't enjoy pure OU matches.

Have fun guys, and check out my youtube channels, TeamBoccia14, and BocciasBattles for videos!
D

Kaotos said:
Hey guys well im about to start hatching 6 boxes of Munna eggs, wish me luck
oh and i want to sr for a shiny torchic on emerald, but Idk how, I save it before I click on the bag and keep sr till it shines right?
Click to expand...

You can also sr torchic in hg and ss

What's up with Gold/Silver's artwork?

If you will notice, G/S's artwork has a different style to it than the rest of the other official artwork does. All the Pokémon have those weird white blotches on them, with a few exceptions (Donphan, Marill, Togepi, Ledian and some others).
Does anyone else notice this?
Does anyone know why it is like that?

some quotes from our alternate dimension called ~Reverse Gen~


"Another generation where the starter fire isn't part fighting, this is like goggles in digimon, somethings you don't change!"

"Wait why did they put starters on the boxes??? lame!"

"I get to play as the legendary trainer from Silver and Gold...awesome!!"

"Why you no select female character, sexist" *as oppose to the racist jokes in black and white*

"Did you hear, Amarillio (yellow Marill) will be in the upcoming pokemon movie"

"Why does Ash's (Black?) Vinciti reset every season?"

"Did you hear they replaced Lucario with that gay clone Mewtwo for the new Super Smash Brothers game..."

"Wait how does Mr. mime be a female"

"Oh, so thats the pokemon that can become Glaceon and Leafeon"

"Fire, Thunder, Freezer...What kind of F'in names are those"

I am both a fan of Digimon and Pokemon, deal with it...fans needs to get along

Pokemon would still be just as popular. But what would have replaced Pikachu as the general Pokemon mascot for all this time? My guess would be Emolga.

There were only a handful of creative Pokemon in Generation I, and only 35 unique cries. The First Generation was clearly the most uncreative Generation to date, and if after all these years that was the best Game Freak could do, I might quit Pokemon.